Op-ed Essay: The Price of Silence in Social Media Age

This op-ed essay of mine was published in Daily FT newspaper, Sri Lanka, on 16 July 2015.

The Price of Silence in Social Media Age

Just when we began to worry that our recently elected head of state had lost his tongue, he broke his silence.

On July 14 evening, President Maithripala Sirisena finally addressed the nation. He spoke calmly and clearly. He was resolute — but with none of the pomp and bravado that characterised his predecessor Mahinda Rajapaksa.

Speech of the President Maithripala Sirisena – 14 July 2015 (in Sinhala)

Sirisena’s speech outlined his key actions and accomplishments since being elected less than 200 days ago in one of the biggest election surprises in Lankan political history. He was mildly defensive of his low-key style of governance, which includes extended periods of silence.

I’ll leave it for political scientists and activists to analyse the substance of the President’s Bastille Day speech. My concern here is why he waited this long.

If a week is a long time in politics, 10 days is close to an eon in today’s information society driven by 24/7 broadcast news and social media. An issue can evolve fast, and a person can get judged and written off in half that time.

For sure, there is a time to keep silence, and a time to speak – and the President must have had some good reasons keep mum. But in this instance, he paid a heavy price for it: he was questioned, ridiculed and maligned by many of us who had heartily cheered him only six months ago. (Full disclosure: I joined this chorus, creating several easy-to-share ‘memes’ and introducing an unkind twitter hashtag: #අයියෝසිරිසේන.) 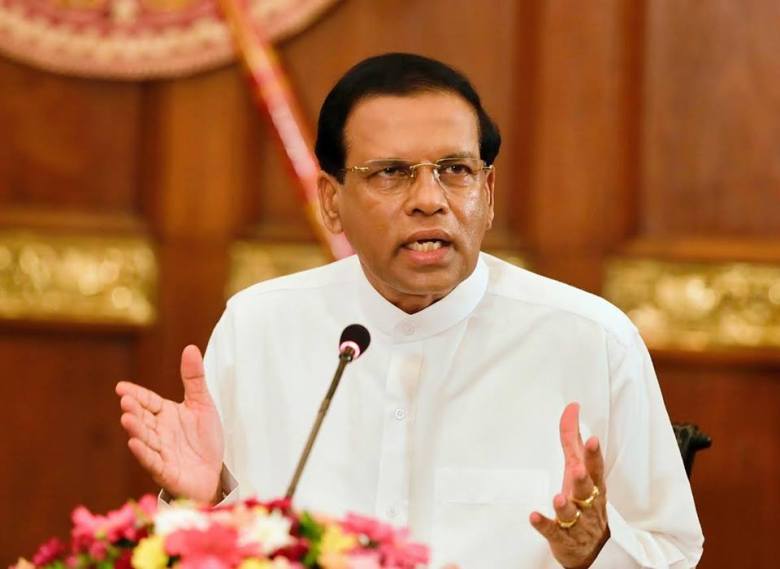 And the President himself must reconsider this strategy (if it is indeed one) — his political opponents are hyperactive in both mainstream and social media, spinning an endless array of stories that discredit him.

Until a generation ago, we used to say that a lie can travel half way around the world while the truth is still putting on its shoes. In today’s networked society, when information travels at the speed of light, fabrications and half-truths spread faster than ever.

Public trust in leaders and institutions is also being redefined. Transparent governance needs political leaders to keep talking with their citizens, ideally in ways that enrich public conversations.

President Sirisena is not the only Lankan leader who needs to catch up with this new communications reality. When a controversy erupted over how the Central Bank of Sri Lanka handled Treasury Bond issue on February 27, the government took more than two weeks to respond properly.

On March 17, Prime Minister Ranil Wickremesinghe made a detailed statement in Parliament, which he opened with the words: “I felt my first statement with regard to the so-called controversy over Treasury bonds should be made to this House…”

In a strict legalistic or technocratic sense, Wickremesinghe was probably right (as he usually is). But in the meantime, too many speculations had circulated, some questioning the new administration’s commitment to transparency and accountability. Political detractors had had a field day.

Could it have been handled differently? Should the government spokespersons have turned more defensive or even combative?

More generically, is maintaining a stoic silence until full clarity emerges realistic when governments no longer have a monopoly over information dissemination? Is it ever wise, in today’s context, to stay quiet hoping things would eventually blow away? How does this lack of engagement affect public trust in governments and governance?

These are serious questions that modern day politicians and elected officials must address. In my view, we need a President and Prime Minister who are engaged with citizens — so that we are not left guessing wildly or speculating endlessly on what is going on.

No, this is not a call for political propaganda, which has also been sidelined by the increasingly vocal social media voices and debates.

What we need is what I outlined in an open letter to President Sirisena in January: “As head of state, we expect you to strive for accuracy, balance and credibility in all communications. The last government relied so heavily on spin doctors and costly lobbyists both at home and abroad. Instead, we want you to be honest with us and the outside world. Please don’t airbrush the truth.”

Science writer Nalaka Gunawardene has been chronicling and analysing the rise of new media in Sri Lanka since the early 1990s. He is active on Twitter @NalakaG and blogs at http://nalakagunawardene.com

One Response to “Op-ed Essay: The Price of Silence in Social Media Age”