When it comes to climate change, we're all Maldivians!

President Mohamed Nasheed of the Maldives is an articulate, passionate climate witness on behalf of his endangered island nation of 350,000 people. The technocratic and amiable President is one of the youngest heads of state in the world today. The one-time freelance journalist (who worked with and for various media when he was in political exile) remains very accessible to the international media. He knows the power of old and new media — and how to leverage it for his cause.

I admit to being a Nasheed fan. During the past couple of years, I have blogged about, interviewed and made a short film about President Nasheed. In the less than three years he has been in office, he has faced more than his fair share of economic and political challenges at home, but he has never lost sight of the long-term, bigger issue of climate change advocacy.

And now, his global status as the ‘rock star of climate change’ is enhanced by ‘The Island President’, a 90-minute, feature-style major documentary about him produced by a leading American production company, Actual Films. The film is to be released this summer at various film festivals. I can’t wait to catch it.

The Island President has been in the making for nearly two years. The film makers had exclusive access to the President both in his island nation and on his international travels.

The official Synopsis reads: “The Island President is a a dramatic feature documentary that lifts the issue of global warming out of the theoretical and into the personal. President Mohamed Nasheed is trying to save 385,000 people from drowning. His nation of 1,200 low-lying islands, the Maldives, is sinking into the Indian Ocean as sea levels rise due to global warming.

“With a young, charismatic South Asian leader updating a role once played by Jimmy Stewart, The Island President is like a non-fiction Mr. Smith Goes to Washington elevated to the world stage. Actual Films has secured exclusive access to follow President Nasheed as he prepares over the coming months for the 2009 Copenhagen Climate Summit in December. The terms of the 1997 Kyoto Treaty on Climate Change are about to expire, and leaders from around the world will converge on Copenhagen to hammer out a new treaty with renewed urgency. As the Danish Minister for Climate and Energy acknowledged, “the December days in Copenhagen in 2009 will be…a political thriller on an international scale.” The Summit will be an international showdown where President Nasheed will try to convince world leaders to finally take serious action against looming danger of climate change. The stakes couldn’t be higher-President Nasheed sees this as the last chance to save his homeland, and the world.”

The Island President is a co-production involving Actual Films, AFTERIMAGE PUBLIC MEDIA and the Independent Television Service (ITVS), with funding provided by the Corporation for Public Broadcasting (CPB).

President Nasheed knows what to say and how to say it to the eager media...

In this Ravaya column, in Sinhala and printed in the Ravaya newspaper of 3 July 2011,
I point out that a certain speech said to be uttered by a native American chief is, in fact, a latter day script by a filmmaker. 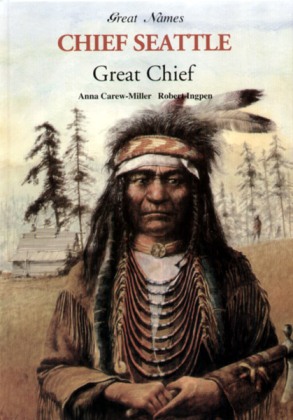 The man was real; the speech wasn't his 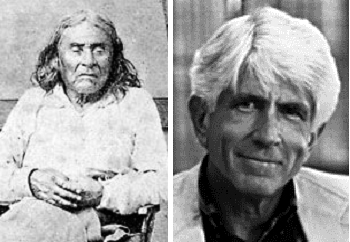 This 1991 book built on the Chief Seattle fable

The BBC Trust – an independent body which safeguards the values of the publicly funded British Broadcasting Corporation – recently faulted the BBC Panorama series for faking child labour footage in India, apologised to the corporate house falsely implicated, and returned a prestigious TV award won by the 2008 programme concerned.

This was certainly a welcome move. But there is much more that the guardian of BBC values can and should investigate, among them the conduct of the BBC’s global TV broadcasting arm currently branded as BBC World News (earlier called BBC World TV). In this context, I want to draw attention to an op-ed essay I wrote in August 2007 that flagged an on-going practice where publicity-hungry development agencies were paying intermediaries who are apparently selling editorial coverage on BBC World. This is unethical and possibly illegal. I called it ‘Cheque-book development’.

The essay originally appeared in MediaChannel.org, an outspoken media-watch website produced from New York by the highly respected ‘News Dissector’ and media activist Danny Schechter. MediaChannel.org has since experienced funding difficulties and their online archive is currently not accessible. My op-ed also appeared, in full, at Asia Media Forum where it is still available.

Excerpts of the essay were featured in my blog post of 15 August 2007: ‘Cheque-book Development’: Paying public media to deliver development agency logos

I am reproducing the full text of my op-ed essay without any changes so it is more widely available. Despite expressions of dismay from fellow media watchers, there was no reaction of any kind from the BBC at the time. Let us hope the BBC Trust will now consider it worth looking into.

BLURB: In their ceaseless efforts to keep their organisations in the media spotlight, spin doctors of development agencies are distorting news values and corrupting the media, turning issue-based communication products into ‘logo delivery mechanisms’.

There is a new kind of ‘tout’ accosting development and humanitarian agency officials at international meetings.

These smart and well-heeled persons are not looking for a supply contract. In the age of spin, they are offering agencies ‘product placement’ – in the globalised news media.

“I can get your agency on BBC World,” is a common claim. In some quarters now, Al Jazeera International (AJI) is also being mentioned.

This is not an over-enthusiastic journalist looking for a scoop. These intermediaries are peddling the jealously-guarded access to highly visible news and current affairs TV channels.

Some are freelancers or stringers, while others are film production company executives. Their media access is hard earned: they all have track records of producing TV news features or documentaries to international broadcast standards.

There is only one problem: they are not supposed to sell this media access to the highest bidder.

But it happens more frequently than we suspect.

I have personally witnessed this kind of offer being made. Worryingly, the development community does not find anything ethically or morally wrong with this practice.

One possible reason: the competition among development and humanitarian organisations for public recognition has intensified in the past decade. Their communication officers are under tremendous pressure to raise the profile of their organisations -– and in some cases, of egotistic bosses.

So when a cash-for-media coverage opportunity comes along, it is too good to be missed.

The obvious question is hardly raised: how come access to a trusted news outlet is being marketed? Instead, many development professionals simply ask: how much?

The answer depends on how many precious seconds of air time, on which broadcast outlet and for what kind of story. But we are not talking about small change: some of these deals involve fifty or hundred thousand US dollars.

And those funds are drawn from the already tight communication budgets of development and humanitarian agencies.

At Asia Media Summit 2006 in Kuala Lumpur, the regional communication chief of a leading UN agency told me how she’d worked with such an ‘access peddler’ to get a post-tsunami story on BBC World TV. The few minutes of coverage almost drained her budget – but the agency management was highly pleased with their ‘few minutes of fame’.

I found that it was not a BBC staffer but a freelancer who was involved. Money had exchanged hands, though I didn’t find out how much, or on what kind of contractual arrangement it was done.

This is not an isolated incident. As development organisations compete more intensely for external funding, they are increasingly adopting desperate strategies to gain higher media visibility for their names, logos and bosses.

Communication officers in some leading development and humanitarian organisations have been reduced to publicists. When certain UN agency chiefs tour disaster or conflict zones, their spin doctors precede or follow them. Some top honchos now travel with their own ’embedded journalists’ – all at agency expense.

In this publicity frenzy, these agencies’ communication products are less and less on the issues they stand for or reforms they passionately advocate. Instead, the printed material, online offerings and video films have become ‘logo delivery mechanisms’.

The access peddlers know this weakness very well, and have turned it into a veritable cottage industry.

It’s not just the development sector’s vanity that fuels this process. Many 24/7 news channels are struggling to fill their hours inexpensively. Some turn a blind eye to ethical sourcing as long as they can have a steady supply of subsidised content.

Some media outlets are harder to penetrate than others. CNN International regulations prevent access peddling by its staff or intermediaries. The Public Broadcasting System (PBS) in the United States does not allow interviews with representatives of any entity sponsoring the production or broadcast of a programme.

Sadly, not every broadcaster is as careful.

This practice is wrong on two counts. One, allowing intermediaries to sell access to the airwaves is a form of corruption. Two, every time this happens, it siphons off tax-payer supported development funds intended for combating poverty and suffering in the majority world.

It is the reverse of cheque-book journalism, where some media organisations pay celebrity or other sources for exclusive access to their stories. When development agencies are paying sections of the media to get promotional or favourable stories aired, we must call it ‘cheque-book development’.

Some practitioners might argue that the end justifies the means. But beyond narcissism, the development benefit of logo-delivery media coverage is highly debatable.

Journalistic stories, whether on development, humanitarian or any other topic, must earn their place in the media on their intrinsic value. Despite greater corporatisation of the media, a good story can still stand up on its own.

Attaching cash to a development story seriously distorts those news values, making it harder for other development players to get rightful media coverage for their stories.

The origins of this unhealthy trend dates back to at least the 1970s, when the World Bank and some UN agencies started buying air time on public television networks to broadcast promotional films. Throwing money was a lot easier than working with producers to generate sustained coverage on issues of public interest. This spoilt the chances for others who were not willing or able to buy airtime but had public interest content to offer.

Paradoxically, the same development agencies take to the moral high ground on transparency and corruption in the global south. But as they broker more cash-for-media coverage deals behind the scenes, we are left gasping at the hypocrisy of it all.

Nalaka Gunawardene writes on media, development and society. The views in this essay are entirely his own. He can be reached on and he blogs at https://movingimages.wordpress.com