Most Earthlings have just spent a month on this!

“If you’re an alien planning to invade the Earth, choose July 11. Chances are that our planet will offer little or no resistance.

“Today, most members of the Earth’s dominant species – the nearly 7 billion humans – will be preoccupied with 22 able-bodied men chasing a little hollow sphere. It’s only a game, really, but what a game: the whole world holds its breath as the ‘titans of kick’ clash in the FIFA World Cup Final.

“Played across 10 venues in South Africa, this was much more than a sporting tournament. It’s the ultimate celebration of the world’s most popular sport, held once every four years. More popular than the Olympics, it demonstrates the sheer power of sports and media to bring together – momentarily, at least – the usually fragmented and squabbling humanity.”

This is the opening of my latest op ed essay, which appears in several print and online outlets this weekend. It’s timed for the finals of the FIFA World Cup 2010 – the most widely followed sporting event in the world, which will be played in Soccer City, Johannesburg, South Africa today, 11 July 2010. The Netherlands will meet Spain in this culmination of international football that has been distracting a good part of humanity for a month.

This sporting event is tipped to be the most-watched television event in history. Hundreds of broadcasters are transmitting the World Cup to a cumulative TV audience that FIFA estimates to reach more than 26 billion people. Some TV channels offer high definition (HD) or 3-D quality images to enhance the mass viewing experience.

The essay was written a few days ago, after the FIFA World Cup 2010 had reached the semi-finals stage. To be honest, I’m not an ardent football fan. But as an observer of popular culture, I’ve gladly allowed myself to be caught up in the current football frenzy. I just love to watch people who watch the game…

It’s a light piece written to suit the current global mood, but I acknowledge that the World Cup is really more than just a ball game. The basic thrust of my essay is to comment on the powerful mix of fooball and live coverage: “For the past month, the winning formula for unifying the Global Family seemed to be: international football + live broadcasts + live coverage via the web and mobile phones.”

Groundviews.org: Beam Me Up to Planet Football 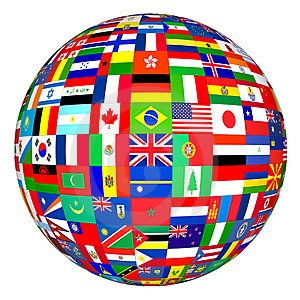 The essay builds on themes that I’ve already explored on this blog – for example, how President Nelson Mandela used the 1995 World Cup Rugby championship to unite his racially divided nation, as told in the movie Invictus.

I also touch on FIFA being a wielder of formidable soft power in the world today, arguably more influential than the United Nations.

Here’s my parting thought, on which I invite reader comment: “On second thoughts, those invading aliens don’t need to worry too much about the Earth’s political leaders or their armies. Without firing a single shot, the globalised media have quietly taken over our Global Village — and now it’s too late to resist! We can argue on its merits and demerits, but the facts are indisputable.”

« FIFA: Empire of Football or a global super-soft power?
In praise of slow reading: Let the words go marching by… »
Loading Comments...
%d bloggers like this: