Saving MSM Titanic – or is it lifeboat time for its passengers? 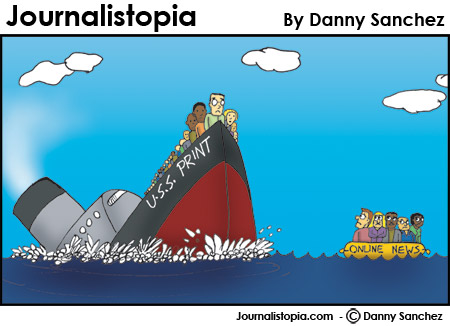 Unthinkable? Not any more...

What is to be done? The innocuous question has probably been asked by so many individuals throughout history. Lenin famously asked it in 1901, and then spent the next few years cooking up a revolution that changed history (for better or worse, depends on where you come from).

What is to be done? I popped this same, unoriginal yet useful question during my recent presentation to an assembled group of media tycoons and senior journalists in Colombo, at the Sri Lanka launch of Asia Media Report 2009.

The context was not sparking revolution, but coping with evolution: how to survive and adapt at a time when mainstream media (MSM) is under siege from technological change, loss of public confidence and economic recession.

Why do I care? Unlike my new media activist friends, who cannot wait to see the MSM ‘mediasaurus’ die, I see value and utility in this ‘species’ that has evolved for over 500 years. Yes, there is much that is not right with them – including greed, arrogance and narcissism. But MSM’s outreach still remains unmatched in many parts of developing Asia, where we simply cannot wait until the online/mobile media to evolve, scale up and establish themselves to completely serve the public interest. I will thus engage the dinosaurs as long as they remain useful…

Besides, not all members of the mediasaurus clan are ferocious and carnivorous; there are also many gentle, ‘vegetarian’ ones among them who have always been empathetic and caring. I see merit in the adaptation of these better MSM, if only so that we don’t have to put all our eggs in the online/mobile media basket…

So I spent part of my talk asking aloud how the MSM – under siege – can adapt fast and increase their survival chances. The overall suggestion was that they move out of denial or resistance, and instead try to ‘exploit the inevitable’ (a pragmatic policy if ever there was one!).

Here are some initial thoughts I offered:
• Prepare for coming calamity, by taking advantage of the likely delay in its arrival in our region and our island.
• Consider it a ‘cleansing’ process, a new beginning to do things better.
• Decide what’s really worth saving, and let go of everything else that is no longer useful or relevant.

Let’s remember, too, that the very term ‘media’ is a plural. That means:
• One size doesn’t fit all; one solution won’t help/save everyone.
• Different ‘lifeboats’ can be found for different media outlets.
• You will only find out what works by trying out a few alternatives.
• No solution is fail-proof or ‘unsinkable’.

In some ways, mainstream media has behaved with the same kind of arrogance of those who built and operated RMS Titanic, and in this instance, the iceberg has already been spotted. At this stage, should MSM be re-arranging furniture on the ship’s deck — or discussing rescue plans? 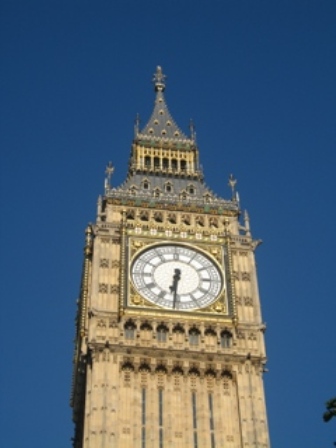 When the maritime tragedy happened nearly a century ago, on 14 April 1912, it dominated headlines around the world for many days. But MSM was in such nascent stages at the time, newspapers being the sole dominant mass medium. Radio communication had just been discovered, but radio broadcasting still lay a few years in the future.

To adapt and survive, MSM can also learn from how other industries faced vast challenges. For example, take the time-keeper industry:
• A century ago: people had to go to a post office, railway station or another public place to find the time. Clock Towers and public clocks announced time for all.
• Then came personal clocks (elaborate time pieces) that the wealthy people carried around in pockets or handbags.
• This was followed by wrist watches – personalised, affordable and portable.
• Now, mobile phones tell us the date, time and lot else!

Clock tower makers went out of business, and no one misses them now. Watch makers have adapted with the times, and are still competing with mobile makers. The parallels with the media industry are clear enough.

Back to the ‘unsinkable’ Titanic, I find others have played on this metaphor. Michelle Tripp wrote a particularly insightful commentary in April 2009 – she has no patience for MSM and can’t wait for the troubled ship to sink.

Somebody writing as ‘Global1’ has commented about how the Titanic‘s Band played on to the very end (and went down playing). S/he asks: Could This Be Analogy To The Modern Day MSM? In this analogy, MSM is the band, and their ‘music’ is the news…

Incidentally, the centenary of the Titanic‘s sinking is coming up shortly, in 2012. It would be interesting to see how the MSM/Titanic analogy plays out in the next few years…

One Response to “Saving MSM Titanic – or is it lifeboat time for its passengers?”