One Sri Lanka Journalism Fellowship: Rebuilding Lankan Media, one journalist at a time…

In May 2016, the major new study on the media sector I edited titled Rebuilding Public Trust: An Assessment of the Media Industry and Profession in Sri Lanka, noted:

“The new government faces the daunting task of healing the wounds of a civil war which lasted over a quarter of a century and left a deep rift in the Lankan media that is now highly polarised along ethnic, religious and political lines. At the same time, the country’s media industry and profession face their own internal crises arising from an overbearing state, unpredictable market forces, rapid technological advancements and a gradual erosion of public trust.”

The report quoted Dr Ranga Kalansooriya, who worked in the print media (Sinhala and English) and later served as Director General of Sri Lanka Press Institute, as saying:

“The ethnically non-diverse newsrooms of both sides have further fuelled the polarisation of society on ethnic lines, and this phenomenon has led the media in serving its own clientele with ‘what it wants to know’ than ‘what it needs to know’.”

This is precisely what the One Sri Lanka Journalism Fellowship Program (OSLJF) has addressed, in its own small way. An initiative of InterNews, an international media development organisation, OSLJF was a platform which has brought together Sinhala, Tamil and Muslim working journalists from across the country to conceptualize and produce stories that explored issues affecting all ordinary Lankans.

From December 2015 to September 2016, some 30 full-time or freelance journalists reporting for the country’s mainstream media were supported to engage in field-based, multi-sourced stories on social, economic and political topics of public interest. They worked in multi-ethnic teams, mentored by senior Lankan journalists drawn from the media industry who gave training sessions to strengthen the skills and broaden the horizons of this group of early and mid-career journalists.

As the project ends, the participating journalists, mentors and administrators came together at an event in Colombo on 20 September 2016 to share experiences and impressions. This was more than a mere award ceremony – it also sought to explore how the learnings can be institutionalized within the country’s mainstream and new media outlets.

I was asked to host the event, and also to moderate a panel of key media stakeholders. As a former journalist who remains a columnist, blogger and media researcher, I was happy to accept this as I am committed to building a BETTER MEDIA in Sri Lanka. 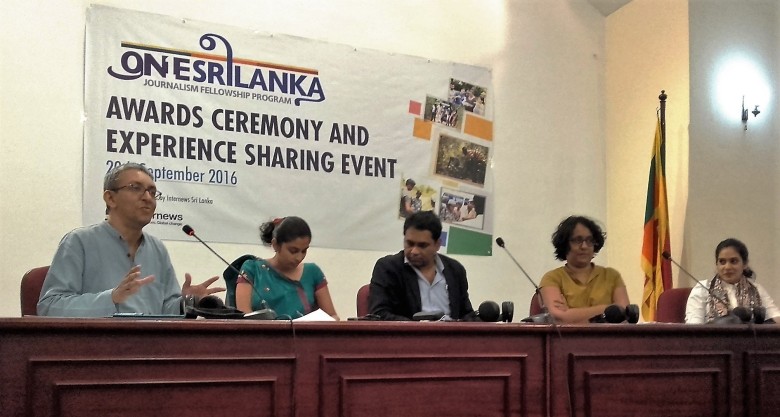 Here are my opening remarks for the panel:

“If you don’t like the news … go out and make some of your own!” So said Wes (‘Scoop’) Nisker, the US author, radio commentator and comedian who used that line as the title of a 1994 book.

Instead of just grumbling about imperfections in the media, more and more people are using digital technologies and the web to become their own reporters, commentators and publishers.

Rise of citizen journalism and digital media start-ups are evidence of this.

BUT we cannot ignore mainstream media (MSM) in our part of the world. MSM – especially and radio broadcasters — still have vast reach and they influence public perceptions and opinions. It is VITAL to improve their professionalism and ethical conduct.

In discussing the Future of Journalism in the Digital Age today, we want to look at BOTH the mainstream media AND new media initiatives using web/digital technologies.

BOTTOMLINE: How to uphold timeless values in journalism: Accuracy, Balance, Credibility and promotion of PUBLIC INTEREST?

I posed five broad questions to get our panelists thinking: 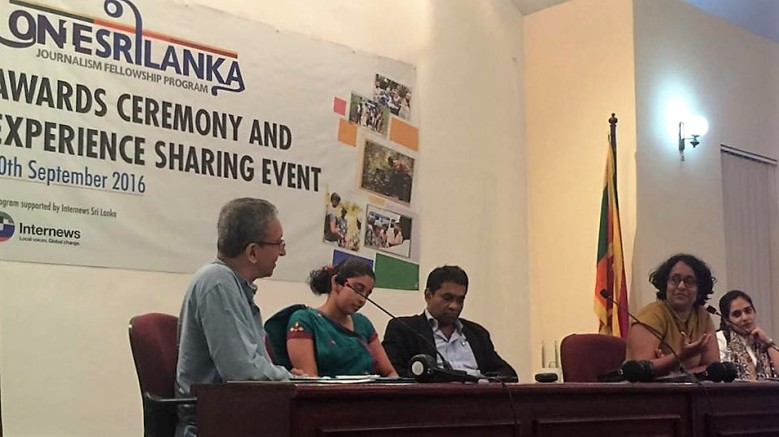 2 Responses to “One Sri Lanka Journalism Fellowship: Rebuilding Lankan Media, one journalist at a time…”