From Trincomalee to Mars: The fascinating journey of Percy B Molesworth 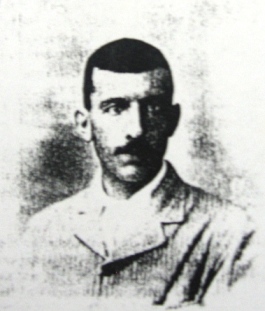 It was Sir Arthur C Clarke who first told me, nearly a quarter of a century ago, about a forgotten Ceylonese astronomer who has a Martian crater named after him. His name was Percy Molesworth, and I was fascinated by the story of this man who lived and died in a world so different from ours…and the trails he blazed.

Christmas Day 2008 marks the hundredth death anniversary of this remarkable man who pioneered astronomical observations in colonial Ceylon (now Sri Lanka). Most people in the land of his birth have never heard of him, and therein hangs a sad tale of how the country neglects its intellectual and scientific heritage.

By profession, Percy Braybrooke Molesworth (1867 – 1908) was a major in corps of Royal Engineers, but he is better remembered as one of the world’s leading amateur astronomers at the beginning of the Twentieth Century. From his personal observatory in Trincomalee, on Ceylon’s east coast, Molesworth both observed the night sky and photographed celestial bodies, the results of which he shared with leading astronomical groups in the west. Armed only with a basic telescope, a sharp eye and good drawing skills, he made significant contributions to advancing our knowledge of the heavens at the time.

To revive memories and introduce Molesworth to a new generation a century after his death, I have just written an article in The Sunday Times newspaper, Colombo, which prints it today.

Read the published version of my article: Immortalised on Mars, but hardly known in land of birth

In these articles, I weave together material gleaned from a dozen different sources, including obituaries of Molesworth published by the British Astronomical Association (BAA) and Royal Astronomical Society (RAS), and later papers and reviews of the formidable body of work that Molesworth left behind after a short but highly productive life of 41 years. 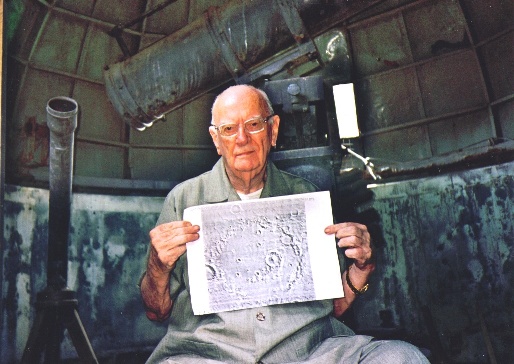 Sir Arthur Clarke, sitting next to the historic telescope, shows a photo of Crater Molesworth

One of my principal sources is Sir Arthur C Clarke, another astronomically-inclined Englishman who was to settle down in Ceylon decades later, and with whom I worked for over 20 years as a research assistant. Molesworth combined in him several elements that resonated with Sir Arthur -– Ceylon, Trincomalee, night sky observations and Mars. In the years that followed my introduction to Molesworth, Sir Arthur allowed me unrestricted access to his library and archives where I read more about Molesworth, principally from BAA and RAS journals and newsletters.

I also had the privilege of associating the late Herschel Gunawardena, who co-founded the Ceylon Astronomical Association (CAA) with Arthur Clarke in 1959, and served as its first secretary and later president. Herschel told me details of his personal quest for Molesworth, which he had chronicled in an article he wrote in the CAA journal, Equatorial, in 1971.

Others who gave me information or insights into this story include the late Dr V K Samaranayake, who played a part in restoring the telescope in the 1960s, and Fr Dr Mervyn Fernando, a keen amateur astronomer who continues to promote the subject in the local languages through the Subodhi Astronomy and Space Study Centre.

My own connection with Molesworth happened over 20 years ago. In early 1988, while Sri Lanka was engulfed in a brutal southern insurgency, vandals looted the Colombo University dome – by then housing the Molesworth telescope – and removed several parts purely for their metallic value. I covered that incident as a young science journalist working for The Island newspaper, and later wrote a feature article titled ‘The death of an observatory’ (published on 26 March 1988).

Given the political turmoil at the time, it barely made any ripples. I still remember being ridiculed by some for reviving the memory of a long dead man at a time when hundreds of innocent, non-combatant lives were being lost every week due to extra-judicial killings.

Indeed, for much of the past 30 years, Trincomalee has been affected by Sri Lanka’s long-drawn civil war in the country’s north and east. I had planned to visit Trincomalee this year to personally find out the current status of the Molesworth bungalow and tombstone. But that didn’t happen due to the pressure of work and other distractions. I might well do that in 2009, now designated the International Year of Astronomy.

Naming celestial objects is a serious business, carried out by the International Astronomical Union (IAU) through a careful process. There are hundreds of thousands of craters on Mars, but only some of them have names. The Wikipedia has a list of Martian craters which are by convention named after famous scientists and science fiction authors, or if less than 60 km in diameter, after towns on Earth.

6 Responses to “From Trincomalee to Mars: The fascinating journey of Percy B Molesworth”

« Iodised Salt: How to make the world smarter, faster?
Early Warning for Planet Earth: How to avoid mother of all Tsunamis! »
Loading Comments...
%d bloggers like this: