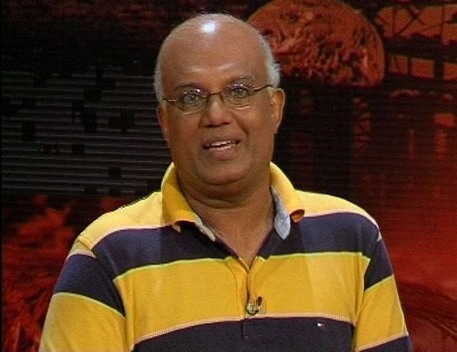 Piyal Parakrama died so suddenly and unexpectedly on the night of March 3 that it’s hard to believe that he is no longer among us. Another public-spirited individual has left the public space all too soon.

Piyal combined the roles of environmentalist, educator, researcher and media personality. He was also a colleague who became a friend, and a fellow traveller for many years.

But Piyal Parakrama was more than an amalgamation of these parts: he was his own distinctive brand — admired, trusted or feared by different sections of society. Even his ardent detractors (and he had a few) would readily agree that he gave far more to the public good than he took back personally.

Piyal’s forte was biodiversity. His interest and knowledge were nurtured first at the Young Zoologists Association (YZA) – where he remained a volunteer for 30 years – and later at the Lumumba Friendship University in Russia, where he studied biology from 1983 to 1986.

In searching for viable solutions for entrenched conservation problems, Piyal collaborated with scientists, educators, journalists, school children and local activists. Some industrialists and investors simply hated his guts, while concerned researchers and government officials sometimes gave him sensitive information which he could make public in ways they couldn’t.

Given our common interests in development issues and the media, Piyal and I moved in partly overlapping circles. Our paths crossed frequently, and we shared public platforms, newspaper space and broadcast airtime. We even worked together for a few months in the late 1990s at the SLETP. His communications skills were invaluable in rendering a number of international environmental films into Sinhala.

The last time we collaborated was in such a media venture. In mid 2008, Piyal joined an hour-long TV debate we produced as part of the Sri Lanka 2048 series. The show discussed the various choices and trade-offs that had to be made today to create a more sustainable Sri Lanka over the next 40 years. Taking such a long term view is rare in our professional and media spheres preoccupied with the challenges of now and here (or restricted in vision by short-termism).

Piyal could speak authoritatively on several topics we covered in the 10-part series, but I invited him to the one on managing freshwater, one of Sri Lanka’s once abundant but now threatened natural resources. With his deep knowledge and understanding of traditional water and soil conservation systems, he was truly in his element in that debate. He was also the ‘star’ among the diverse panel and studio audience we had carefully assembled.

I’m working on a longer tribute where I try to position Piyal’s role in Sri Lanka’s conservation movement. Watch this space…