Living secular in the ‘Sinhala Buddhist Republic’ of Sri Lanka 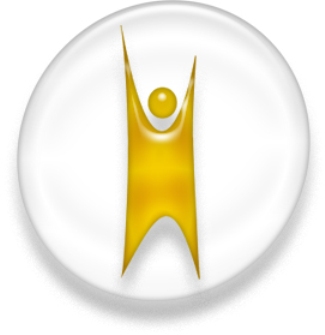 Two years ago, in a moment of panic, I rushed my young daughter to Colombo’s only children’s hospital. To be honest, I don’t normally turn to our overcrowded government hospitals for healthcare. But a doctor friend had recommended the Lady Ridgeway Hospital as the best place for administering the anti-rabies vaccine.

As with all government hospitals, they first wanted to record the patient’s basic bio data. Fair enough. I provided the child’s name, age and street address. For some reason, the form also asked for the patient’s religion. Before I could say anything, the nurse in charge wrote ‘Buddhist’.

Now, this was both incorrect and highly presumptuous. But when I objected, it sparked off an argument. The formidable woman insisted that with a ‘good Sinhalese surname’ like ours, we simply had to be Buddhists!

When I said her assumption was wrong, she asked me with some disdain: are you then a Christian? No again. Now she was beginning to be get really irritated: who is this man who speaks fluent Sinhala, but is neither Buddhist nor Christian?

I was not about to declare in public a matter I consider to be intensely private: my religious faith. With the fellow public behind me becoming impatient, and the public servant in front of me taking a dogged stand, I retreated with a heavy heart. (I later paid a few thousand rupees for the same course of vaccines at a private clinic, where my religious faith or ethnicity was never questioned.)

I thought this was an isolated incident, and didn’t think further. But a few months later, I ran into a similar situation at my area police station. I’d gone to make a formal complaint about a serious matter concerning personal safety, and once again, the process started with my bio data. When it came to fixing labels, the woman constable recording my statement categorised me as ‘Sinhalese Buddhist’ — without even raising her head from the big book of complaints.

In case you are wondering, I bear absolutely no tell-tale signs of belonging any faith: I don’t wear a religious symbol as jewellery, or wrap pirith nool (pieces of thread blessed by monks) on my wrist. I also carefully avoid sprinkling my everyday speech with any religious phrases. Even my occasional swearing is devoid of religious references. (An observant friend once likened my colloquial speech to that of my favourite cartoon charter Tintin’s: no harsh swear words, and only secular references.)

Must biology be destiny in the 21st Century? Blind chance of birth placed me in a family of ethnic Sinhala parents who also happened to be Buddhists. But these cosmic accidents don’t make me a Buddhist any more than, say, I become a believing and practising Aquarian simply because I was born in February. My brand loyalty to the randomly assigned religion and star sign are about the same: zero.

Just so that I put all my cards on the table, I have not practised any religion or belonged to any religious faith (with their trappings of scripture, priests and places of worship) from my teen years. That’s 30 years of uninterrupted secular humanism.

Indeed, ‘secular humanist’ is the only label that I proudly wear in both public and private. But in the Sinhala Buddhist Republic of Sri Lanka that my land of birth is turning into, various public agencies find this ‘aberration’ either unsettling or unacceptable. My self-exclusion on matters of faith makes me an instant misfit in many state procedures. And yet, we are supposedly an open and democratic society……and in theory at least, not a religious state.

But that matters little in practice. For example, I recently gave evidence under oath in a court of law in a civil case. All along, my lawyer advised me to just ‘pretend’ to be a Buddhist for that solemn occasion. Apparently the system can’t handle ‘spiritually neutral’ — my preferred (and very honest) answer when asked about my faith.

I don’t see how and why a citizen’s religious affiliation – or its complete absence – should matter in the least when dispensing vaccines or justice in the modern world. Is this not a residual habit from colonial times that no longer serves a purpose? Actually, I find it worse than redundant; it’s plain insulting.

Religion is not the only private matter that our governments love to poke its clumsy and unwelcome noses into. Also falling into this category: everyone’s sanitary habits, and sexual relations between consenting adults.

For sure, what private individuals do in the privacy of their homes can have some implications for the community, economy and national statistics. In today’s highly inter-dependent and interlinked world, no man or woman or nation is an island.

Despite this, there are at least three aspects of modern living where choices must remain strictly and entirely personal: what we do in our bed rooms, wash rooms and (metaphorical) shrine rooms. I, for one, will resist all arms of the state and government, as well as self-appointed guardians of our morals and values, from intruding into any of these hallowed spaces of my free will and choice.

Especially when it comes to matters of faith – or its complete avoidance – the Jackboot of government means absolutely nothing.

Well, at least until they perfect the Thought Police…

Explanation for non-Lankan readers:
The ethnic mix and religious mix in Sri Lanka don’t coincide, making it (at least for me!) a delightfully chaotic melting pot. While some Sinhalese are Buddhist and some Tamils are Hindu in their choice of faith, that is not to be assumed. Indeed, there are statistically significant numbers of both Sinhalese and Tamils who are Christians (of various denominations). While all our muslim friends are Islamic, there are also some ethnic Sinhalese and Tamils who have converted to Islam. So one has to be very careful in making generalisations, and it’s altogether better to avoid them….