TV Will Save the World, says Charles Kenny in TIME’s ’10 ideas for next 10 years’

This is one of my favourite photos in media and development. It was taken by Reza Deghati, the renowned Iranian-French photojournalist (who works under the name Reza). I don’t know the story behind this photo, but even without a single word of annotation, it says a great deal.

I like this photo partly because it symobolises the enduring appeal of broadcast television in much of the developing world. For long years, the old-fashioned, boxy TV set used to be the top-selling consumer electronic item in the world — until the mobile phone came along. But even now, the much-maligned idiot box hasn’t lost its appeal to a significant section of humanity, never mind what the jaded academics and geeks might say.

So I was intrigued to read, in the latest issue of TIME Magazine, development economist Charles Kenny, reminding us that television is still the most influential medium around. In this gizmo-ridden new media age, it takes much courage to say so in public.

In a powerful short essay titled ‘TV Will Save the World’, he writes: “Forget Twitter and Facebook, Google and the Kindle. Forget the latest sleek iGadget. Television is still the most influential medium around. Indeed, for many of the poorest regions of the world, it remains the next big thing — poised, finally, to attain truly global ubiquity. And that is a good thing, because the TV revolution is changing lives for the better.”

Across the developing world, he says, some 60% of the households had their own TV set in 2005 — up from 45% in 1995. He adds: “Five million more households in sub-Saharan Africa will get a TV over the next five years. In 2005, after the fall of the Taliban, which had outlawed TV, 1 in 5 Afghans had one. The global total is another 150 million by 2013 — pushing the numbers to well beyond two-thirds of households.”

He ends his essay with these words that strongly resonate with me: “Too much TV has been associated with violence, obesity and social isolation. But TV is having a positive impact on the lives of billions worldwide, and as the spread of mobile TV, video cameras and YouTube democratize both access and content, it will become an even greater force for humbling tyrannical governments and tyrannical husbands alike.”

As Sir Arthur C Clarke, inventor of the communications satellie whose second death anniversary we mark this week, told me in a 2003 interview: “I’m not impressed by the attacks on television because of some truly dreadful programmes. I believe that every TV programme has some educational content. The cathode ray tube – and now the plasma screen – is a window to the world. Often it may be a very murky window, but I’ve slowly come to the conclusion that, on balance, even bad TV is preferable to no TV at all.”

Kenny’s essay is one of 10 ideas for the next 10 years that TIME has put together for its annual innovation issue. 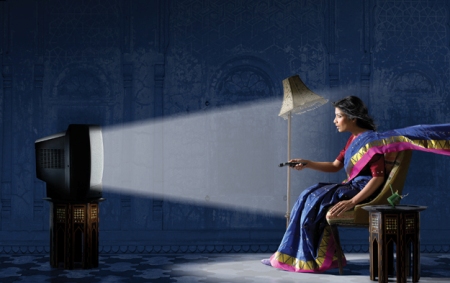 The TIME essay is a much compacted version of what he wrote in November 2009 issue of Foreign Policy magazine, titled Revolution in a Box. That article noted the continuing global spread of television sets and an explosion of viewer choice driven by cable, satellite and digital technologies. It suggested this is a good thing, pointing to evidence that access to competitive television can improve womens’ standing in the home, increase girls schooling, reduce fertility rates, lower drug use, improve governance and (possibly) help foster global peace.

The editors of Foreign Policy ran the following blurb: “It’s not Twitter or Facebook that’s reinventing the planet. Eighty years after the first commercial broadcast crackled to life, television still rules our world. And let’s hear it for the growing legions of couch potatoes: All those soap operas might be the ticket to a better future after all.”

The full essay is well worth a careful read. At a time when I have been questioning many of the founding premises of my own work at TVE Asia Pacific, he has provided conceptual clarity and sharper focus.