Nelson Mandela at a 2005 charity concert branded after his prison number, 46664.

This week marks the 20th anniversary of Nelson Mandela’s release after 27 years in prison.

Ending his long walk to freedom on 11 February 1990, he gave a speech which ended with these words from the defence statement he’d made during his trial for treason 27 years previously: “I have fought against white domination, and I have fought against black domination. I have cherished the ideal of a democratic and free society in which all persons will live together in harmony with equal opportunities. It is an ideal which I hope to live for, and to see realised. But my Lord, if needs be, it is an ideal for which I am prepared to die.”

My friend and inspiration Danny Schechter wrote an interesting piece recalling the week 20 years ago when his hero (and mine) finally walked free after being the world’s most celebrated political prisoner for over a quarter century.

American journalist and film maker Danny was a long and persistent supporter of the struggle against Apartheid: in all, he has made six films with and about Mandela. Here are his reminiscences in full, borrowed from his News Dissector blog:

WAITING FOR MANDELA, by Danny Schechter 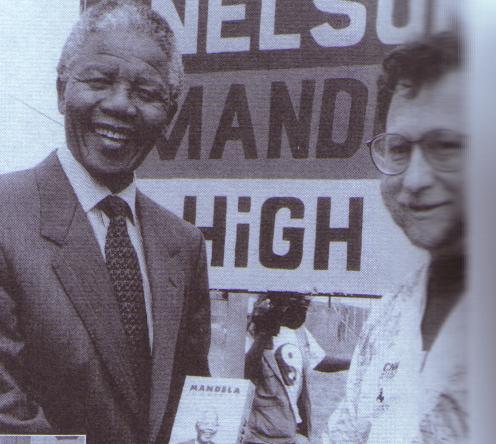 Twenty years ago during this very week, I was leading the production team of Globalvision’s inaugural TV series, South Africa Now. We were all consumed by the rumors that best known political prisoner in the world, Nelson Mandela, the leader and symbol of the African National Congress, was about to be released from prison in South Africa after 27 years.

It was exciting and nerve-wracking to contemplate what would come next—but with all the joy and anticipation, there was a fear too, fear that Mandela would be freed into an unfree society with power still in white hands dominated by their pro-apartheid Generals and securocrats. No one was sure what would happen. Would he be going from one jail to another? Would he be assassinated? Would it even happen?

Back then, we were rushing to finish a South Africa Now PBS special slated to air in prime time on Sunday February 11th. PBS correspondent Charlayne Hunter Gault, later to become first NPR’s and then CNN’s bureau chief in South Africa, had agreed to anchor it, and we were busy putting the final touches on the show which we had titled WAITING FOR MANDELA.

It was all rush, rush. We wanted to be timely but we were covering all bases because we weren’t sure if he would be freed or not. On Friday, February 9th, we went into the studio at the old WNET–Channel 13 in New York to record our studio introductions. We finished our graphics. Charlayne prercorded her open. She was great, We were ready to go. All that remained was for the special to be packaged and aired.

But then, late on Friday Night or was it Saturday Morning, we heard that South African President DeKlerk was going to make a special announcement, a key speech to mark the opening of their Parliament. He was considered a liberal Afrikaner and had been part of a process or internal coup that ousted hardline pro-apartheid president. P.W. Botha known there as “the crocodile.”

The next day, were glued to our TV sets and saw DeKlerk shock the world. He announced that Mandela would be freed the next day, on Sunday. He was then in Victor Verster prison in South Africa’s wine country north of Capetown. It was happening! 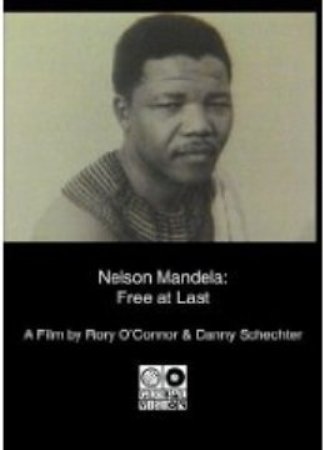 Not only that. DeKlerk announced that the ANC and the South African Communist Party and all other banned organizations would be, after decades, unbanned and allowed to participate in South African politics. This meant that the ANC leaders and their MK guerrilla fighters would be able to come home from so many years in the pain of exile.

The world was upside down. ANC people worldwide had to pinch themselves to see if they really heard what he said.

It was mind-blowing. We screamed. We cried. And then, we panicked. Our TV special was now out of date. The Waiting for Mandela was over. We had a little more that 24 hours to come up with a new TV hour with virtually no budget. We had won a hour of prime time TV. We couldn’t allow it to go to waste.

The world media was rushing to the scene. They had satellites, crews, reporters galore. What could we do that was different? We had been covering the situation there on a weekly basis and had all sorts of footage the networks didn’t. We had contacts and context. But we couldn’t go there because there wasn’t enough time. And besides, we were, in effect, banned there working with South Africans. (The ANC would be unbanned before us!)

We went to work, re-editing, tapping into a South African broadcasting company feed, and setting up the first televised exchange between the ANC and a government that refused to recognize the liberation movement.

We worked around the clock. Two editors collapsed in reworking the material under pressure. We just made air, as TV people say, by minutes. We believe our special was the best on TV.

The program was now called MANDELA: Free At Last. And we have tapes for anyone interested!

One Response to “Waiting for Mandela: Film maker recalls momentous week in Feb 1990”