Do we want a ‘Progress Bar’ for our lives?

I sometimes wish Life came with its own progress bar. [tweetmeme]

You know, that now familiar indicator on computer screens that shows how much of a task is done, and estimates what more remains — and for how long.

Wouldn’t it be interesting to know how much of our life is still left?

I’m not alone in this wish. In fact, whole cottage industries – such as astrology and palmistry – thrive on this universal curiosity to know what’s next, and what’s round the corner for ourselves.

Yet there is no known system of knowledge, or a proven technology, that can give us a customised, accurate answer. Everything that claims to do this is nothing better than a clever guess. Often, it’s not even that and only a complete rip-off…

Then again, do we really want to know when we’re going to reach the end of the line (whether or not the mission is accomplished)?

Years ago, I watched a Star Trek episode that involved a world where everyone died at the same age. So all living persons knew how much time they had left, allowing them to sort their lives before it was too late.

I don’t think I’d want to live there. Not knowing how much of my life is left, and what’s in store for me in that remainder, makes living more interesting. Besides, I doubt if the chaos theory and randomness of the universe will ever allow such precise advance knowledge of anyone’s future…

As I turn 44 years today, I Googled for ‘progress bar + life’. Just for the heck and kick of it. I didn’t really expect to find an exact match, but I did. That’s the wonder of the web…

Progress Bar of Life is described as ‘a slightly morbid little web app’. It’s an innovation by an Australian geek named Andrew Ballard.

When I ran the quick and simple app, I received a slightly amusing result. Try it out, and see for yourself. 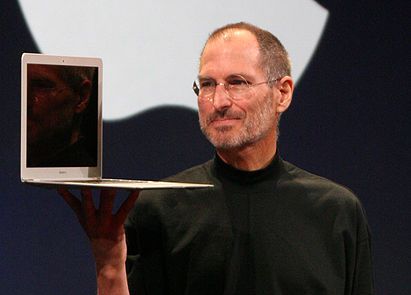 Always in a hurry?

Perhaps the inspiration came from Top Geek Steve Jobs, who is quoted on this website as saying: “Remembering that I’ll be dead soon is the most important tool I’ve ever encountered to help me make the big choices in life”

Still in the realm of marginally useful web apps, I also discovered timeanddate.com some weeks ago: it allows counting down or counting between any two dates. The result can be in days, hours, minutes or – for those who prefer such precision in their lives – even in seconds.

They tell me that I am exactly 16,071 days old today. Not a neat round figure as being 44 years, but there we are. (I somehow thought I’d lived for more days than that, but a quick manual calculation showed they are right.)

These counts are all very abstract anyway: our days and years are peculiar to the Earth — these measurements have no meaning beyond our home planet. Planetary rotation defines a day, while its revolution around the local star (in our case, the Sun) defines a ‘year’.

Another website, maintained by San Francisco’s excellent Exploratorium, allows me to calculate how old I would be if I lived on other planets of the Solar System where the rotation and revolution are different.

According to them, if I were to travel to the two planets closest to ours, I would be aged: 71.5 Venusian years on Venus; and 23.3 Martian years on Mars.

And if I want to melt my years away, I have to travel further to the outer planets: on Jupiter, I will be 3.7 Jovian years, and I’ll not even be 2 in Saturnian years! Wow…

On second thoughts, I think I’ll just stay on here.

One Response to “Do we want a ‘Progress Bar’ for our lives?”