A, B, C and E of good journalism: Reporting as if the planet and people mattered 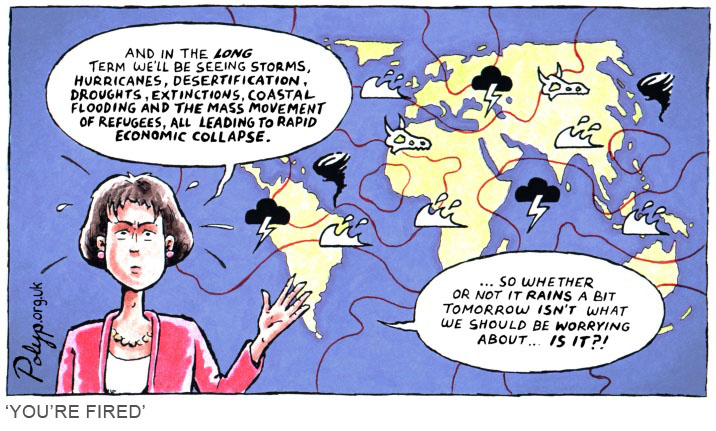 “Environmental journalism would be a whole lot better if it had more of the three Ss: science, substance and (good) stories. First and last, it has to be good journalism, and that requires accuracy, balance and credibility. Trying to save the world – as some environmental journalists claim to do – does not give them a license to indulge in sloppy journalism, or to peddle conspiracy theories or half-truths.”

This has been my view on environmental journalism for sometime. Several years ago, my good friend (and former editor, The Times of India) Darryl D’Monte quoted me as saying this in UNEP’s Our Planet magazine while surveying the environmental coverage in the media in developing countries.

I reiterated these views today in a talk given to an international group of environmental journalists. The occasion was the 18th APFEJ Congress of Environmental Journalists being held in Colombo, Sri Lanka, from 19 to 21 October 2009.

My topic was a familiar one: Changing climate and moving images. I used it as a spring board from which to explore some broader issues that concerns every journalist who cares for life on Earth.

I returned to the time-honoured core values of good journalism – Accuracy, Balance and Credibility – and suggested we need one more letter, E – for Empathy. Without this latter attribute, our reportage and analysis would remain clinically cold while the planet warms up, I cautioned.

I also reflected on what it means to be an ‘environmental journalist’ in our troubled times.

This is not to argue against media professionals specialising in environment or other development sectors such as health, gender or human rights. As issues become more complicated, journalists require sufficient background knowledge, sustained interest and some specialisation to do their job well. But it’s poor strategy to leave sustainable development issues entirely in the hands of ‘environmental journalists’.

At best, they can only weave part of the much-nuanced, multi-faceted tapestry of sustainable development. To grasp that bigger picture, and to communicate it well, we need the informed and active participation of the entire media industry -– from reporters, feature writers and producers to editors, managers and media owners.

Climate change, rapidly emerging as the charismatic mega-issue of our troubled times, could become a rallying call to unify the media and communication industries for this purpose.

Already, there is recognition of climate change’s far-reaching impacts. the UN’s Inter-governmental Panel on Climate Change urged a couple of years ago for the global issue to be ‘re-branded’ as a development problem rather than an environmental one.

In this scenario, we urgently need more good journalism that covers sustainable development concerns as an integral part of the mainstream of human affairs. Noble intentions of saving endangered species or ecosystems do not give anyone the license to engage in shoddy journalism.

The pursuit of plain good journalism will make us:
• rigorous in our field investigations and amassing of facts;
• balanced in our analysis of issues, impacts, choices and alternatives;
• committed to staying with evolving, fast-moving stories; and
• adaptable to accommodating new perspectives and knowledge.

It will also give us the courage of our convictions to question conventional ‘wisdom’, challenge established notions and take unfashionable positions when we have to.