Sheri Liao: From ‘Time for Environment’ to TIME Hero of the Environment 2009 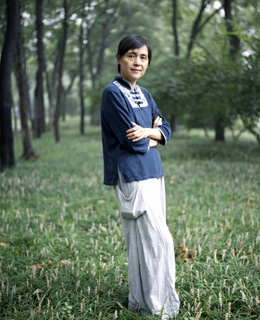 Copyright infringement – or piracy – in video, film and software is a highly contentious issue. I have good friends on both sides of the divide: film maker friends who insist on protecting all their rights to their creations, and open source advocates who want everything to be free and accessible in the public domain.

I can appreciate both points of view, but my own attitude to anyone copying any video films I have helped make or am distributing is: just sit back and enjoy it! After all, the kind of films I make and/or distribute through TVE Asia Pacific are all issue-based and in the public interest. If anyone pirates them, that can only peddle our content and messages to more people…

It’s a pragmatic response to a reality that I can do little to change anyway. Five of the world’s top 10 countries for video piracy are found in the Asia Pacific region, with China at No 2 and India at No 5. If you can’t beat ’em, cheer ’em — and even join ’em!

That’s just what I did in mid 1996, when we received first reports of a Chinese TV presenter making unauthorised use of environmental programming being broadcast on BBC World, the global TV channel. I was then the head of Asia Pacific programme for the non-profit foundation producing Earth Report series, which first aired on BBC and then offered to other TV channels and networks around the world.

Further investigations revealed that the person involved was a woman named Sheri (Xiaoyi) Liao, a former researcher at the Chinese Academy of Social Sciences who had formed an environmental group called Global Village of Bejing, and was presenting a weekly TV show called ‘Time for Environment’. To bring environmental news and views from other parts of the world, she was using Chinese dubbed extracts of Earth Reports recorded straight off the BBC World satellite channel.

By happy coincidence, I was visiting Beijing – for the first time – for a few days in October 1996, to participate in an international conference of rocket scientists (not my usual orbit, but fortuitous in this instance!). I managed to contact Sheri Liao, and one evening I escaped from the conference to meet this woman who was fast becoming the environmental face of Chinese television. 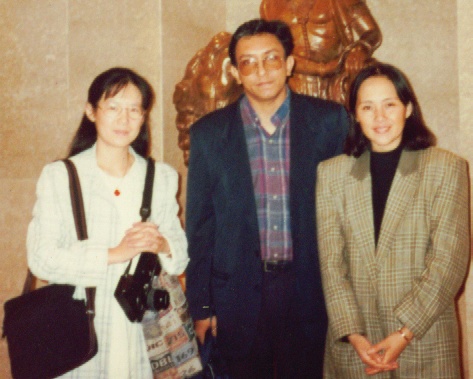 Sheri Liao came to meet me with Dr Li Hao, a Chinese biologist who had recently returned from Germany and teamed up with Global Village in its quest to raise environmental awareness in China.

In a long chat over drinks and dinner, I found out Sheri had been a visiting scholar on International Environmental Politics at the University of North Carolina, but returned to her homeland to found the Global Village of Beijing earlier that year. She was keen to introduce responsible environmental conduct by Chinese citizens at every level. And early on, she realised the massive power of broadcast television to reach China’s one billion plus people. She approached her work with an obsession bordering on missionary zeal: in that process, she was even willing to ‘pirate’ foreign TV content – all for a good cause.

Soon after that encounter, I negotiated for Sheri Liao to make authorised use of Earth Report films in China. Instead of catching it off the airwaves, she soon started receiving proper master tapes and scripts, so a more professional versioning into Chinese could be done. My then British colleagues, who were initially peeved that a Chinese woman was pirating their programmes, soon became her ardent supporters.

That was also the beginning of many years of my engagement with environmental education and communication work in China. (Li Hao later left Global Village to establish her own non-profit, Beijing Earthview Environment Education and Research Centre).

All this is a long way of saying how delighted I am to see Sheri Liao being named as a Hero of the Environment by TIME Magazine earlier this month. She is one of several Asian leaders, researchers and activists included in this year’s roll call of men and women who are fighting on behalf of our beleaguered plant. Read full list here. 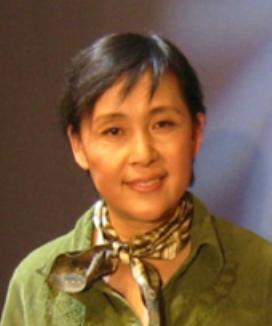 Chronicling her close association with China’s rising levels of environmental awareness and activism, TIME noted: “Liao was helped by the fact that the birth of GVB coincided with China’s economic takeoff in the mid-’90s. The group became active in Beijing neighborhoods, raising environmental awareness on the local level. But in recent years it has expanded its work across the country, and it is now involved in everything from promoting plastic-recycling to encouraging building managers to reduce electricity consumption.”

Our paths have crossed a few times since that first meeting in the Fall of 1996. We have been in workshops and conferences together, where I saw Sheri in action – always intense, with a sense of urgency and resolve.

She has been recognised before. In 2002, she was awarded one of the ‘Ten Outstanding Women in China’ by the magazine Chinese Women. She was also honored as the ‘Green Guide’ by China National Planting Tree Committee in 2003 and became one of the ‘Ten National Outstanding Women’ in 2004. In 2005, she won the ‘Annual Economic Figure Social Commonwealth Award’ by China Central Television (CCTV). In 2006, she was honored Green Chinese Annual Figure.

Sheri also continues to be an unofficial bridge between China and the rest of the world. She works with UN agencies, foreign universities and charities like the Clinton Global Initiative – which honoured her with one of its Global Citizen Awards 2008.

China’s road to environmental salvation is a long and hard one. As TIME noted, “Environmental groups continue to run afoul of the Chinese government, which is wary of any power not concentrated in the hands of the Communist Party. But Liao is well connected — she served as an environmental adviser on the Beijing Organizing Committee for the 2008 Olympic Games — and in China’s tricky political landscape, those who walk a prudent line often travel furthest.”