Journalists always love a crisis for its news value. But they’d prefer such crises to be happening to someone else, and not to themselves. Right now, however, mainstream media (MSM) are hit by their own crisis – one that threatens their very survival. Their old business models are crumbling in the face of online media, and their advertisers are moving away as fast as their audiences do.

This crisis dominated many discussions at the 6th World Conference of Science Journalists held in London from June 30 – July 2, 2009. No less than the editor of the Scientific American cautioned that a mass extinction event was imminent – one that can wipe out many MSM players large and small.

The crisis is real, no doubt — but it’s not evenly spread across the media or around the world. Despite being a world conference, what we heard most frequently and emphatically was the version of the western, mainly English language media. So when I had a chance to talk — during a session on Does science need to be highbrow? — I spent a couple of minutes giving the other side of the news.

Here’s part of what I said: 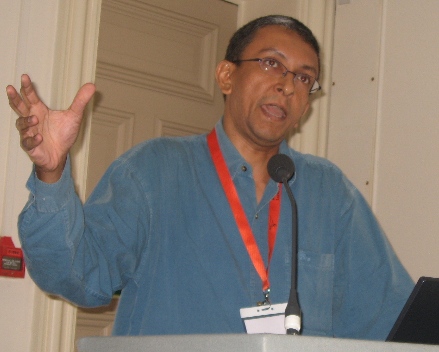 All news is not doom and gloom...

We’ve heard a lot of doom and gloom at this conference about the state of mainstream media. We empathise with our journalist colleagues affected by both economic downturn and audience migration to online media. The situation is somewhat different in many parts of Asia, where there is still vibrancy in newspapers, radio and television industries. I realise this is a sweeping generalisation, but the media industry’s statistics suggest this.

According to the World Association of Newspapers (WAN):
• 8 of the world’s 10 largest circulating, paid-for daily newspapers are in Asia.
• The largest national newspaper markets are in China, India and Japan — the United States is a distant fourth.
• While readers are abandoning newspapers in North America and Europe, paid-subscriptions in Asia’s grew by nearly 5% in 2008.
• In India alone, 11.5 million new newspaper readers were added in 2008.

Some say Asia is enjoying what may be the world’s last great newspaper boom. This is fuelled by a confluence of factors – among them:
• growing literacy rates and rising educational levels;
• rising middle classes many of who consider buying a daily newspaper at home as a sign of prosperity; and
• media reforms in some countries which have liberalised the sector, allowing local and foreign companies to enter the media market.

Similar trends are seen in radio and television broadcasting, where there has been an explosion of channel numbers in the past two decades. All this presents challenges AND opportunities for covering science.

What does all this mean? Is the Asian media boom the exception that does not prove the rule? Or is the mass extinction of mainstream media going to hit Asia just a bit later? In that case, are we now seeing the last hurrah of the mediasaurus — to use a term that was first coined by the American writer Michael Crichton, best known for his novel Jurassic Park? He anticipated the current crisis in the media back in 1993, in an essay he wrote in Wired magazine, titled “Mediasaurus“.

Naturally, the industry does not like to acknowledge it is doomed. Predicting the death of newspapers “seems to have reached the level of a new sport,” says Gavin O’Reilly, President of the World Association of Newspapers. He told the ‘Power of Print’ Conference in Barcelona, Spain, in May 2009: “That this doom and gloom about our industry has largely gone unanswered is, to me, the most bizarre case of willful self-mutilation ever in the annals of industry. And it continues apace, with commentators failing to look beyond their simple rhetoric and merely joining the chorus that the future is online, online, online, almost to the exclusion of everything else. This is a mistake. This oversimplifies a rather complex issue.”

It’s complex alright, and what happens to the larger media industry would determine how and where science can be covered in the media. In our session, I went on to discuss the prospects for covering science and technology in the currently numerous – and very cacophonous! – media in South and Southeast Asia. A separate blog post covers that part of my remarks.