Reporting disasters: How to keep a cool head when all hell breaks loose

News by definition looks for the exception. What goes right, and according to plan, is hardly news. Deviations, aberrations and accidents hit the news.

It’s the same with disasters. Reducing a hazard or averting a disaster does not make the news; when that hazard turns into a disaster, that typically tops the news. Yet, as we discussed during a session at the 6th World Conference of Science Journalists held in London from June 30 – July 2, 2009, both aspects are important — and both present many challenges to journalists and the media.

The session, titled Covering a disaster from Sichuan to Sri Lanka, saw three science journalists share their own experiences and insights in covering two major disasters in Asia. Richard Stone (Asia News Editor, Science) and Hujun Li (senior science writer with Caijing magazine, China) both spoke about covering the Sichuan earthquake that occurred on 12 May 2008. I spoke on my experiences in covering the Indian Ocean tsunami of 26 December 2004. The session was chaired by the veteran (and affable) British journalist Tim Radford, who has been The Guardian‘s arts editor, literary editor and science editor.

I recalled the post-tsunami media coverage in two phases — breaking news phase (first 7 – 10 days) and the aftermath, which lasted for months. When the news broke on a lazy Sunday morning, ‘Tsunami’ was a completely alien term for most media professionals in Sri Lanka. In newspaper offices, as well as radio and TV studios, journalists suddenly had to explain to their audiences what had happened, where and how. This required journalists to quickly educate themselves, and track down geologists and oceanographers to obtain expert interpretation of the unfolding events. We than had to distill it in non-technical terms for our audiences.

My involvement in this phase was as a regular ‘TV pundit’ and commentator on live TV broadcasts of MTV Channels, Sri Lanka’s largest and most popular broadcast network. Night after night on live TV, we talked about the basics of tsunami and earthquakes, and summed up the latest information on what had taken place. We also acknowledged the limits of science -– for example, despite advances in science and technology, there still was no way of predicting earthquakes in advance.

One question we simply couldn’t answer was frequently raised by thousands of people who lost their loved ones or homes: why did it happen now, here — and to us? Was it an act of God? Was it mass scale karma? As science journalists, we didn’t want to get into these debates — we had to be sensitive when public emotions were running high.

There were enough topics during the breaking news phase that had a scientific angle. Clinically cold as it sounded, the mass deaths required the safe, proper and fast burial of bodies with identities established. The survivors had to be provided shelter, food, safe drinking water and counselling. And when rumours were spreading on the possibility of further tsunamis, both officials and public needed credible information from trusted, competent sources. 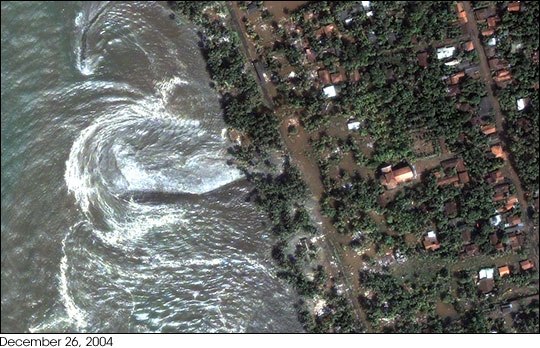 After the breaking news phase passed, we had more time to pursue specific stories and angles related to the tsunami. As an environmentally sensitive journalist, I was naturally interested in how the killer waves had impacted coastal ecosystems. Then I heard some interesting news reports – on how some elements of Nature had buffered certain locations from Nature’s own fury.

Within days, such news emerged from almost all Tsunami-affected countries. They talked about how coral reefs, mangroves and sand dunes had helped protect some communities or resorts by acting as ‘natural barriers’ against the Tsunami waves. These had not only saved many lives but, in some cases, also reduced property damage. Scientists already knew about this phenomenon, called the ‘greenbelt effect’. Mangroves, coral reefs and sand dunes may not fully block out tsunamis or cyclones, but they can often reduce their impact.

Researching this led to the production of TVE Asia Pacific‘s regional TV series called The Greenbelt Reports, which was filmed at a dozen tsunami impacted locations in South and Southeast Asia. By the time we released the series in December 2006, sufficient time had passed for the affected countries to derive environmental lessons of the tsunami.

The other big story I closely followed was on early warnings for rapid on-set disasters like tsunamis. Some believed that the tsunami caught Indian Ocean rim countries entirely by surprise, but that wasn’t quite true. While the countries of South and Southeast Asia were largely unprepared to act on the tsunami, the Pacific Tsunami Warning Centre (PTWC) in Hawaii, who had detected the extraordinary seismic activity, did issued a tsunami warning one hour after the undersea quake off western Sumatra. This was received at Sri Lanka’s government-run seismological centre in good time, but went unheeded: no one reacted with the swiftness such information warranted. Had a local warning been issued, timely coastal evacuation could have saved thousands.

Part of my sustained coverage focused on logistical, technological and socio-cultural challenges in delivering timely, credible and effective early warnings to communities at risk. I did this by writing opinion essays on SciDev.Net and elsewhere, partnering in the HazInfo action research project in Sri Lanka, and leading the Communicating Disasters Asian regional project. A lasting outcome is the multi-author book on Communicating Disasters that I co-edited in December 2007.

All this shows the many and varied science or development stories that journalists can find in the aftermath of disasters. Some of these are obvious and widely covered. Others need to be unearthed and researched involving months of hard work and considerable resources. Revisiting the scenes of disasters, and talking to the affected people weeks or months after the event, often brings up new dimensions and insights.

My own advice to science journalists was that they should leave the strictly political stories to general news reporters, and instead concentrate on the more technical or less self-evident facets in a disaster. During discussion, senior journalist Daniel Nelson suggested that all disaster stories are inherently political as they deal with social disparities and inequalities. I fully agreed that a strict separation of such social issues and science stories wasn’t possible or desirable. However, science journalists are well equipped to sniff out stories that aren’t obviously covered by all members of the media pack that descends on Ground Zero. Someone needs to go beyond body counts and aid appeals to ask the hard questions.

As Hujun Li said recalling the post-Sichuan quake experience, “Politics and science are like twins – we can’t separate the two. What we as science journalists can do is to gather scientific evidence and opinion before we critique official policies or practices.”

Another question we were asked was how journalists can deal with emotions when they are surrounded by so much death and destruction in disaster scenes. Reference was made to trauma that some reporters experience in such situations.

I said: “We are human beings first and journalists next, so it’s entirely normal for us to be affected by what is happening all around us. On more than one occasion in the days following the tsunami, I spoke on live television with a lump in my throat; I know of presenters who broke down on the air when emotions overwhelmed them.”

SciDev.Net blog post: Finding the science in the midst of disaster 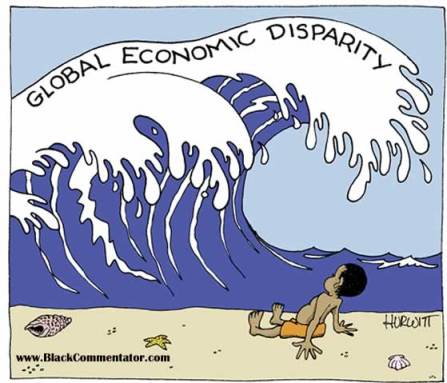 Summing up, Tim Radford emphasized the need for the media to take more interest in Disaster Risk Reduction (DRR), which basically means preventing disasters or minimising the effects of disasters.

“DRR is perhaps less ‘sexy’ for the media, as it involves lots of policies and practices sustained over time,” he said. “But the potential to do public good through these interventions is enormous.”

As Tim reminded us, disasters already exact a terrible and enduring toll on the poorest countries. This is set to get worse as human numbers increase and climate change causes extreme weather and creates other adverse impacts. Living with climate change would require sustained investments in DRR at every level.

Read Tim Radford on how disasters hit the poor the hardest (The Guardian, 22 May 2009).

The stories are out there to be captured, analysed and communicated. In the coming years, the best stories may well turn out to be on disasters averted or minimised