Why can’t researchers just pay the media to cover their work?

“Why can’t researchers pay media to cover their work?”

This was the question asked by one African editor participating in the 6th World Conference of Science Journalists held in London last week. He raised it during a luncheon session titled ‘Friendship or Friction: How the media relates to the research community’ organised by the UK Department for International Development (DFID).

The question was asked in apparent sincerity and seriousness. Since media space/time is limited, and different groups and interests are competing to get in, he reasoned, why can’t research budgets include a legitimate allocation for buying newspaper space or radio/TV air time.

Luckily, good sense prevailed and the suggestion was gently cast aside by the moderator. Participants felt such a practice, if allowed, could seriously distort both the news values of media organisations and their public service brief. Listening to this exchange in the audience, I heaved a sigh of relief.

It’s true that many mainstream media organisations are struggling these days to stay in business. But resorting to selling their column inches or air time to the highest bidder would take them a whole different realm where advertising and public relations set the agenda. 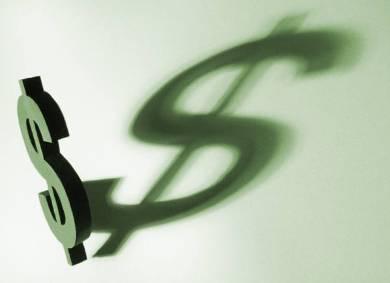 This can cast a long and dubious shadow...

This is the reverse of cheque-book journalism, where some media organisations pay celebrity or other sources for exclusive access to their stories. When development agencies are paying sections of the media to get promotional or favourable stories aired, we must call it ‘cheque-book development’.

In August 2007, I wrote an op ed essay on this concern, titled ‘Cheque-book Development’ Corrupting the Media?. It appeared in several websites, and was later reprinted in newspapers such as Nepali Times. I was reacting to a disturbing trend where development agencies were simply throwing money at the media to gain access for their (supposedly public interest) messages.

I wrote: “As development organisations compete more intensely for external funding, they are increasingly adopting desperate strategies to gain higher media visibility for their names, logos and bosses.

“Communication officers in some leading development and humanitarian organisations have been reduced to publicists. When certain UN agency chiefs tour disaster or conflict zones, their spin doctors precede or follow them. Some top honchos now travel with their own ’embedded journalists’ — all at agency expense.

“In this publicity frenzy, these agencies’ communication products are less and less on the issues they stand for or reforms they passionately advocate. Instead, the printed material, online offerings and video films have become ‘logo delivery mechanisms’.”

I have long argued, and shown with results, that there is really no need for productive researchers to pay anything to have their work covered in the media. If all they want is to bring the essence of their analysis, findings and recommendations to the attention of public and policy makers, there are ways they can engage the media without paying. I’ve called this Hitch-hiking with the media.

If on the other hand, researchers or their institutions want ego-massaging, vanity-promoting kind of coverage, the media will be far less likely to provide that for free. Throwing money is then the only way forward, but beware: it’s a slippery slope…