Grassroots Journalism in the Digital Age: Innovate or Perish!

Grassroots Journalism in the Digital Age – by Nalaka Gunawardene

I just spoke to a group of 75 provincial level provincial journalists in Sri Lanka who were drawn from around the island. They had completed a training course in investigative journalism conducted by Transparency International Sri Lanka (TISL), with support from InterNews.

In this talk, I look at the larger news media industry in Sri Lanka to which provincial journalists supply ground level news, images and video materials. These are used on a discretionary basis by media companies mostly based in the capital Colombo (and some based in the northern provincial capital of Jaffna). Suppliers have no control over whether or how their material is processed. They work without employment benefits, are poorly paid, and also exposed to various pressures and coercion. 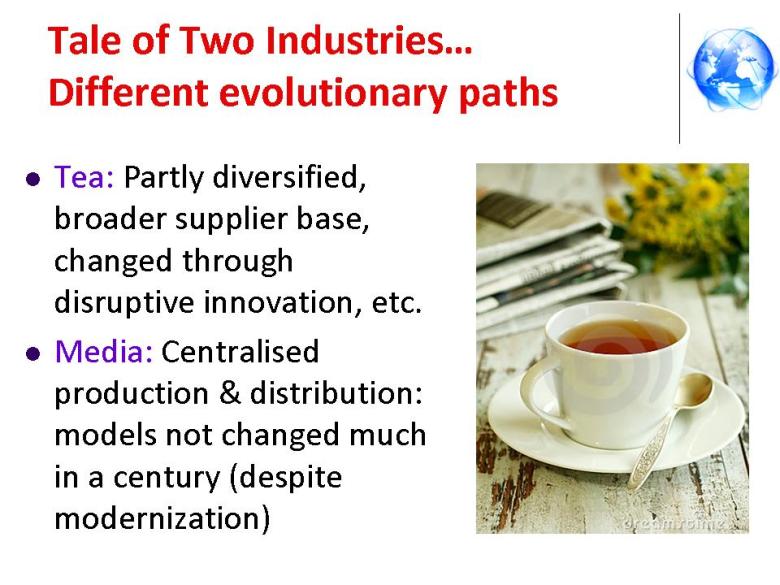 A tale of two industries: one that evolved, and the other that hasn’t quite done so…

I draw a rough analogy with the nearly 150-year old Ceylon Tea industry, which directly employs around 750,000 people, sustains an estimated 2 million (10% of the population) and in 2014 earned USD 1.67 billion through exports. For much of its history, the Ceylon tea producers were supplying high quality tea leaves in bulk form to London based tea distributors and marketers like Lipton.

Then, in the 1970s, a former tea taster called Merrill J Fernando established Dilmah brand – the first producer owned tea brand that did product innovation at source, and entered direct retail. He wanted to “change the exploitation of his country’s crop by big global traders” – Dilmah has today become one of the top 10 tea brands in the world.

The media industry also started during British colonial times, and in fact dates back to 1832. But I question why, after 180+ years, our media industry broadly follows the same production model: material sourced is centrally processed and distributed, without much adaptation to new digital media realities.

I draw a parallel between tea small holders – those growing on lands less than 10 acres (4 ha) who account for 60% of Sri Lanka’s annual tea production – and the provincial journalists. Both are supplies at the beginning of a chain. Neither has much or any say in how their material is processed and marketed. 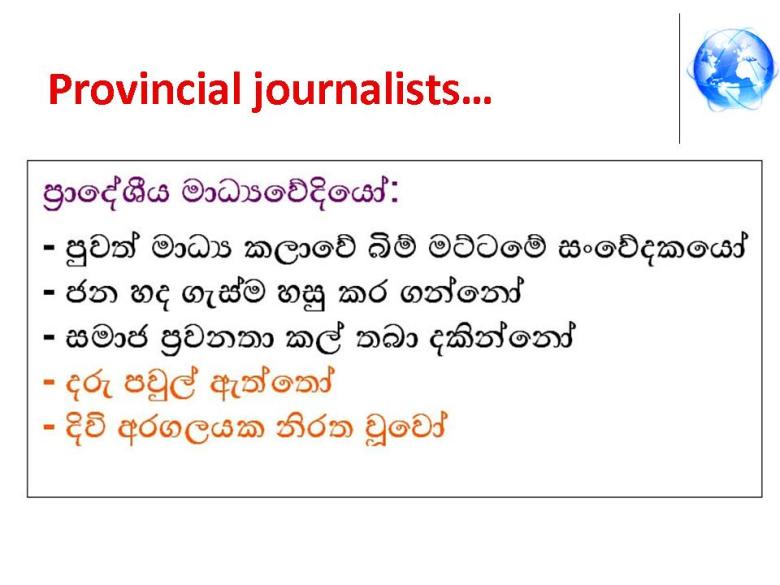 As usual, I don’t have all the answers, but I ask some pertinent questions:

Where are the Merrill Fernandos of our media industry?

Who can disrupt these old models and innovate?

Can disruptive innovators emerge from among provincial journalists?

How can they leverage digital tools and web based platforms?

What if they start value-adding at source and direct distribution via the web?

But since they have families to feed, how to make an honest living doing that?

One Response to “Grassroots Journalism in the Digital Age: Innovate or Perish!”