Just how many Internet users in Sri Lanka? Depends on whom you ask… 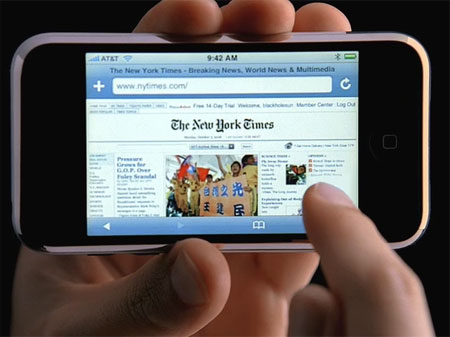 Have smartphone, will travel...

Just how many Internet users are there in Sri Lanka?

Looks like a simple question, but there’s no simple answer. Trust me, I’ve been looking.

Oh sure, it’s not possible to calculate such numbers precisely because there always are more users than are subscribers. But official and industry sources usually have a good idea. In Sri Lanka’s case, their figures vary considerably.

The 2010 Annual Report of Central Bank of Sri Lanka, which provides an official state of the whole economy, draws on these statistics. However, in Chapter 3, on p59, it lists “Internet and e-mail” as 430,000, attributing it to TRCSL.

Although for the same point in time (Dec 2010), it doesn’t tally. TRCSL’s own data, when we add up fixed and mobile subscribers of Internet, comes to 574,000.

Both these state entities seem to be hooked on “email users” — a throw-back to the early dial-up days when some subscribers simply signed up for email facility and didn’t want web browsing as the latter was more costly. As far as I know, that demarcation disappeared years ago. But I may be wrong.

Even if we take the highest case scenario, of a total 574,000 Internet subscribers (fixed and mobile), it still comes to less than 3 per cent of Sri Lanka’s total population of 20 million (exactly how many people live on the island will be known after the latest census is taken in December 2011).

That’s the number of subscribers. The number of users is usually higher. Assuming an average 3 users per subscription, we can imagine around 1.72 million (approx 8 per cent of population) getting online. This calculation brings us closer to the number given for Sri Lanka in the Internet World Stats website. It lists for Sri Lanka: “1,776,200 Internet users as of Jun/10, 8.3% penetration, per ITU.”

As far as I know, the International Telecommunications Union (ITU) collects national statistics from its member governments and collates them to discern regional and global trends. ITU’s free country data compilation on Internet users says Sri Lanka had 12.00 Internet users per 100 population in 2010.

The ITU focal point in Sri Lanka is the TRCSL, whose own published data is mentioned above. What am I missing here?

A researcher friend who had access to Wireless Intelligence, a subscription only service containing well over 5 million individual data points on 940 operators (across 2,200 networks) and 55 groups in 225 countries, found yet another statistic.

This produced a total of 2,184,018 — which takes the percentage of population to almost 11%. And if we apply the same average number of 3 users, it could give us 30% of population accessing and using the Internet. But is that assumption of 3 users per subscription equally applicable to mobile devices? I’m not sure. I’ll wait for industry experts to clarify.

In fact, neither industry sources and researchers have a reliable figure of how many smartphones are in use in Sri Lanka. Because a significant number comes in through private channels (via returning travellers or Lankan expatriates), the looking simply at the import figures could be misleading. A conservative estimate is that at least one million smartphones with Internet access capability are in use. The number keeps growing.

Exactly how many such smartphone users go online on a regular basis? What kind of info do they look up? How long on average do they stay online per session?

If you know the answers, or have reflected on these, please share.

Let’s hope more reliable data would emerge from the 2011 countrywide census of population. An early report (July 2010) said: “Information will also be collected for the first time on people’s communication methods.”

4 April 2011: Fraudband or Broadband? Find out for yourself! New film tells how…

4 Responses to “Just how many Internet users in Sri Lanka? Depends on whom you ask…”