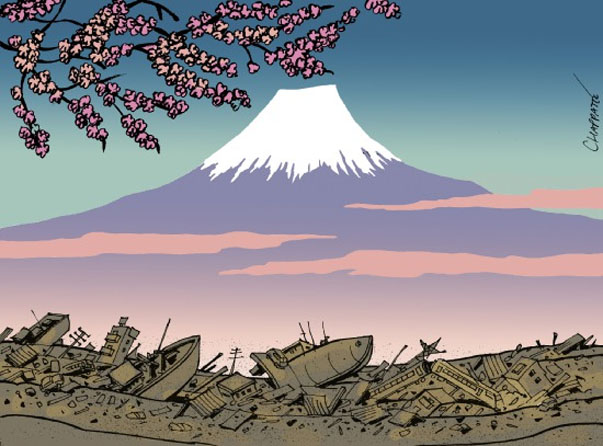 Cartoon by Geneva-based Patrick Chappatte, who works for International Herald and Le Temps

Our heart-felt sympathy goes out to all Japanese people, among whom I count many friends. No nation deserves to be battered simultaneously like this by natural and (partly) man-made calamities.

Yet, few nations are better prepared and equipped to deal with such crises. Japan may be reeling right now, but things could have been far worse if not for their readiness to face emergencies both at individual and institutional levels.

Amidst scenes of utter destruction and dislocation, the Japanese people were reacting with the stoic calm for which Japan is famous. “What’s amazing is that everyone I saw — cops on their white bicycles, boys reading comics in alleys, kids walking home with their parents — appeared graceful under this unexpected disaster,” Tokyo resident Irie Otoko wrote to The New York Times.

But make no mistake: this is a big one as disasters come. The death toll is feared to exceed 10,000, and the property damage alone is likely to be tens of billions of dollars. The societal, economic and emotional costs are hard to quantify at this early stage.

It was only a couple of weeks ago that I was walking the streets of Tokyo, enjoying the calm and orderly life in the modern Roppongi and the old world charm of Kagurazaka. But once again, Planet Earth has reminded us who is in charge.

And cartoonists are capturing the planetary sentiment with their usual economy of words. 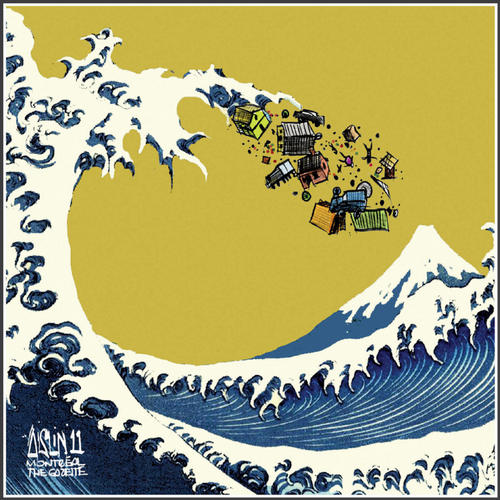 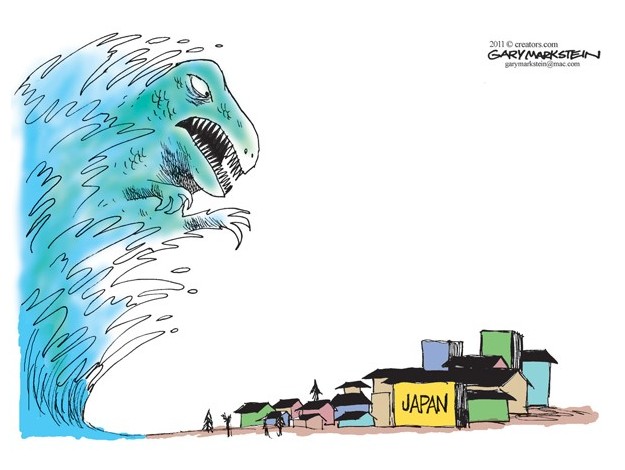 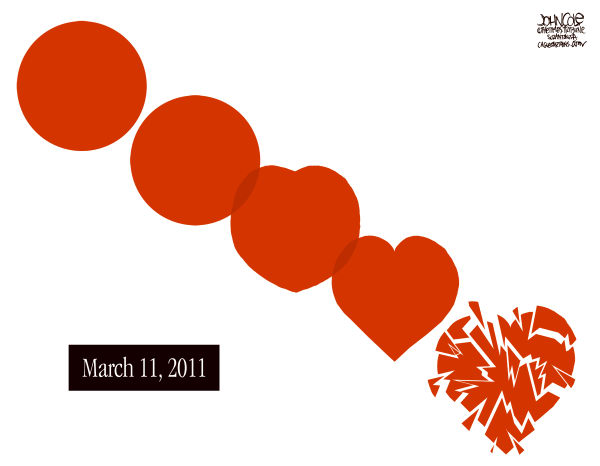