Ahead of tsunami, journalist foresaw coastal disaster in Sri Lanka: “A Catastrophe Waiting to Happen” 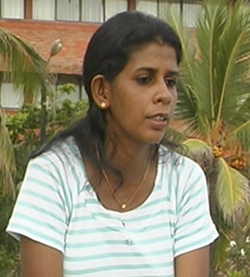 Contrary to a popular belief, journalists don’t enjoy being able to say ‘I told you so!’. They much rather prefer if their investigative or analytical work in the public interest are heeded in time.

A few months before the Indian Ocean tsunami of December 2004, my friend and journalist Dilrukshi Handunnetti wrote an investigative story on how coastal zone management laws and regulations were openly flouted by developers. She cautioned that it was a ‘disaster waiting to happen’

She had no idea how forcefully her point will be driven home before that year ended.

“Little did anyone realise the price coastal communities would have to pay for the greed of a few dozen developers,” she said after the tsunami, interviewed for Deep Divide, a South Asian documentary on environmental justice that TVE Asia Pacific produced in 2005.

Here’s the blurb I wrote at the time to promote the story:

Sri Lanka’s economic activities are concentrated in coastal areas: 80 per cent of the tourist related activities are found there, along with one third of the population. Seeking to accelerate economic growth, the Sri Lankan government took measures to develop the island’s coastal regions. Shrimp and prawn farming was encouraged, while many incentives were provided for developing tourist resorts along the island’s scenic beaches.

As the shrimp exports grew and tourist arrivals increased, there was a ‘cost’ that only local residents and a few environmentalists cared about: mangrove forests were cleared, coral reefs were blasted, and the coastal environment was irreversibly changed.

Shrimp farming damaged mangroves, aggravated tsunami impactCoastal zone management regulations and guidelines were openly flouted by developers. Local communities were the last to benefit from this development boom — they watched silently as their fish catch dwindled and their coastal environment was pillaged. But little did anyone realise the price coastal communities would have to pay for the greed of a few dozen developers.

When the tsunami struck, there were very few natural barriers to minimise its impact. More than 40,000 people died or went missing, while hundreds of thousands lost their homes and livelihoods. It was the biggest single disaster in the island’s history.

Dilrukshi reflects: “Post-tsunami, people realised that the mangroves have protected these little, you know, landmass. And where you find a little bit of protected mangroves, you also find the landmass protected.”

She adds: “I think we have committed lot of excesses and we have been made to answer for those sins. Hereafter, we cannot afford to not do it right.”

Filmed on location in India, Nepal and Sri Lanka, Deep Divide explores the reality of environmental justice in South Asia — home to 500 million people living in absolute poverty, or 40 per cent of the world’s total poor. Everywhere, it finds environmental injustice. This investigative film builds on the work by three local journalists, who act as our guides to understanding the complexities and nuances of development amidst poverty and social disparities. 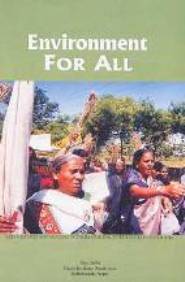 The origins of Deep Divide go back to 2002. Panos South Asia, a regionally operating non-profit organization analyzing development issues, awarded media fellowships to selected journalists from five South Asian countries to explore specific cases of environmental injustice in their countries. They were to investigate issues as varied as land degradation, food and water insecurity, rising pollution, and mismanaged development.

Their findings were initially published in the local media – in the newspapers or magazines they worked for. In 2004, Panos South Asia compiled the articles in a book titled Environment for All. Three stories from this book were adapted into the documentary, directed by Indian film maker Moji Riba.