H R Premaratne: The Lankan artist who built a space station for 2001 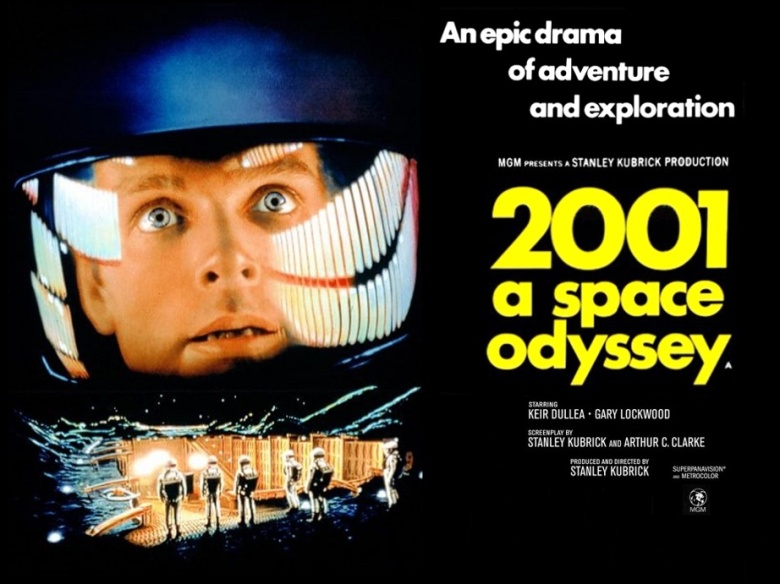 The Sunday Observer, Sri Lanka, reproduces this story on 11 May 2008

This month marks the 40th anniversary of the release of classic science fiction movie 2001: A Space Odyssey. The Academy of Motion Picture Arts and Sciences held a commemorative screening last week in Hollywood’s MGM theatre.

In May 1964 director Stanley Kubrick and science fiction author Arthur C Clarke embarked on a creative collaboration: a novel and a screenplay inspired by Clarke’s 1950 short story “The Sentinel.” In December 1965, many ideas, drafts, and titles later, filming commenced on 2001: A Space Odyssey. The futuristic epic, placed in the first year of the new millennium, premiered in the US in April 1968 — and went on to become one of the finest science fiction movies made.

As the Academy noted on its website: “With its epoch-spanning storyline and its nearly dialogue-free script, 2001: A Space Odyssey combined the production value of Hollywood film-making with the artistic sensibility of European cinema. Its cerebral approach to the genre helped usher in a new, more literate age of science fiction cinema, and its extraordinary imagery – the widescreen 70mm cinematography of Geoffrey Unsworth, the visually dazzling and scrupulously researched production design, and especially the Oscar®-winning special effects – instantly became the benchmark by which all space films would be judged.”

The film’s best known connection to Sri Lanka is that its co-creator Arthur C Clarke had by then settled down there. During the 1964-68 period that he was associated with the production, Clarke would make periodic returns to his Colombo home — first from New York, where he brainstormed with Kubrick for weeks, and then from England, where the movie went into production. Filming of 2001 began in December 1965 in Shepperton Studios, Shepperton, England. Soon, filming was moved to MGM-British Studios in Borehamwood.

The anniversary coverage has triggered my memories of another, much less known Sri Lankan connection with the film. The accomplished Sri Lankan engineer, painter and sculptor H R (Hapugoda Rankothge) Premaratne worked on the movie’s special effects, all of which was hand-made. (Not a single computer was involved in creating the movie, which still awes movie-goers many of who take computer generated imagery, or CGI, completely for granted today.) 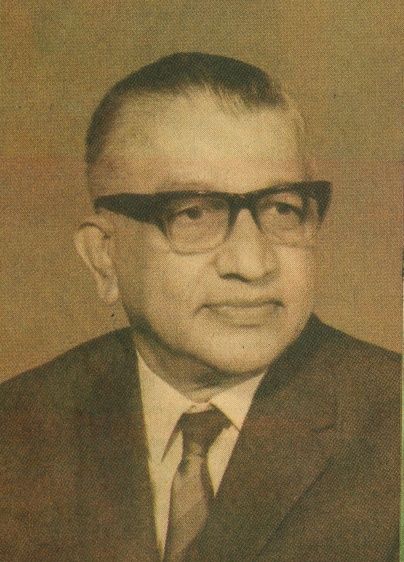 I got to know Premaratne (in photo above, affectionately known as Prema) in the late 1980s when he was special assistant to Arthur Clarke, in whose Colombo office I started working as a research assistant in 1987. I have just unearthed, from the depths of my own archives, an illustrated profile I wrote on Prema which appeared in The Island newspaper (Sri Lanka) on 26 January 1991. In a 2,000-word biographical sketch of the man that veteran journalist and biographer D B Dhanapala once called ‘a modern day Viswakarma’, I chronicle how Prema came to be associated with the movie’s production.

Prema had just retired in 1965 as Director of the Department of Public Works – in other words, the Ceylon government’s chief builder. By happy coincidence, 2001 was just entering its production stages around this time, so Clarke put Prema in touch with the Borehamwood Studios where elaborate sets for space scenes were being constructed. There, Prema worked with British and American set designers and special effects specialists.

For his efforts, he was listed as a member of the full production crew – even though he would go uncredited in the movie itself (as did dozens of others). When the Internet Movie Database was created decades later, he would also earn himself an entry there as Hapugoda Premaratne.

Harry Lange, chief designer of Hawke Films Limited who was in charge of production designs, later wrote to Prema: “Not one model could have been brought to the exceptionally high standard required in this production without the skills and imagination of people like yourself.”

Harry Lange recalls the making of 2001

“Prema was a very skilled architect, his best known work being the magnificent Independence Hall,” Clarke recalled years later in his tribute to Prema upon the latter’s death in the early 1990s. “During his stay in England in the mid 1960s, I put him in touch with Stanley Kubrick, who was then making 2001: A Space Odyssey. Prema’s expertise in art and engineering was very valuable in the production of the movie’s special effects, and he assisted in the building of the spectacular space station.”

Excerpt from 2001: Arrival at the space station in Earth orbit

Prema capped his long and illustrious public service as Sri Lanka’s ambassador to Burma, concurrently accredited to Thailand, Laos and Singapore (1974-78). From 1983, he worked as Clarke’s special assistant, while pursuing his own painting, sculpture and design work from his home at Wijerama Mawatha, Colombo — a short walk from Clarke’s own residence at Barnes Place.

I remember visiting Prema at home on several occasions. After his wife passed away and son moved overseas, he lived alone in a large, old house that was teeming with works of art – it was like a private art gallery or museum. All over the garden, there were scaled replicas of famous rock sculptures from places like Anuradhapura and Polonnaruwa. He pioneered a method of creating fibre glass replicas of archaeologically valuable statues and artefacts. These were used to showcase the best of Sri Lanka in major exhibitions in London, Washington DC and other capitals of the world in the 1980s.

In the late 1980s, Prema also painted a life-size portrait Arthur C Clarke as Chancellor of the University of Moratuwa, which is still on display at the Arthur Clarke Centre there (photo, below).

It’s a bit cliched to say this, but they don’t seem to make renaissance men like H R Premaratne anymore. He straddled the arts and sciences with equal dexterity and with impressive results in both spheres. He not only built bridges in newly independent Ceylon, but was himself a bridge between the Two Cultures of the sciences and humanities.

More information on making 2001: A Space Odyssey is found in the documentary, 2001: The Making of a Myth.

3 Responses to “H R Premaratne: The Lankan artist who built a space station for 2001”

« The other side of Reality TV: When Cicadas kill innocent people…
Who is afraid of Citizen Journalists? Thoughts on World Press Freedom Day »
Loading Comments...
%d bloggers like this: