My colleague Manori Wijesekera returned last month from Tokyo, having participated in Earth Vision – the 16th Earth Vision Global Environmental Film Festival. She represented TVE Asia Pacific as director of one of its finalist films.

The grand prize of the festival was awarded to a stunning science documentary on the story of oil, produced by the Australian Broadcasting Corporation (ABC). Here’s the basic information:

Crude: the Incredible Journey of Oil
The world’s oil fields are deposits of phytoplankton on the ocean floor from the Jurassic period. Will our mass consumption of oil in the last 150 years thrust us back climatically to the warm primeval age when oil fields were formed?
(2007/Australia/90min/Director:Richard Smith)

See the full list of awards presented at Earth Vision 2008

Crude is one of several films that have come out recently exploring the many facets of oil and our civilisation’s dependence (addiction) on it. In March 2007, I wrote about Addicted to Oil, a documentary presented by the New York Times columnist Thomas L Friedman.

David Suzuki, environmentalist, author and long-standing presenter of the natural history series The Nature of Things has called this “a thoughtful, surprising and really important film”.

This is what Manori reported about Crude:

Produced and directed by Richard Smith, this 90 min journey sweeps through the ages: from the birth of oil deep in the dinosaur-inhabited past, to its ascendancy as the indispensable ingredient of modern life.

As Smith states, “Oil is perhaps the single most important commodity shaping the economy, politics and environment of the modern world, and yet most people have only vague notions of where it comes from. I wanted to take the audience back into the ancient oceans in which oil was formed and reveal how intimately the creation of a major oil deposit is connected to the long-term regulation of the planet’s climate”.

“I saw the film as a sort of essential primer for people to begin to make sense of both the coming oil and climate crises. I make no apologies for such apparent certainty that we will face these two dilemmas. From my understanding of the science and the facts, these are the logical conclusions to the planet carrying on with a business-as-usual, or indeed a business-at-any-cost approach. The worst effects of both are probably avoidable, but only if people understand why there is an urgent need to act.”

Crude was first broadcast on ABC TV in May 2007 and is now being distributed worldwide. It has already won two awards at the 2007 Jackson Hole Wildlife Film Festival: the Best Earth Sciences Film award and the Special Jury Recognition Award.

Read production details and short profiles of the film-makers 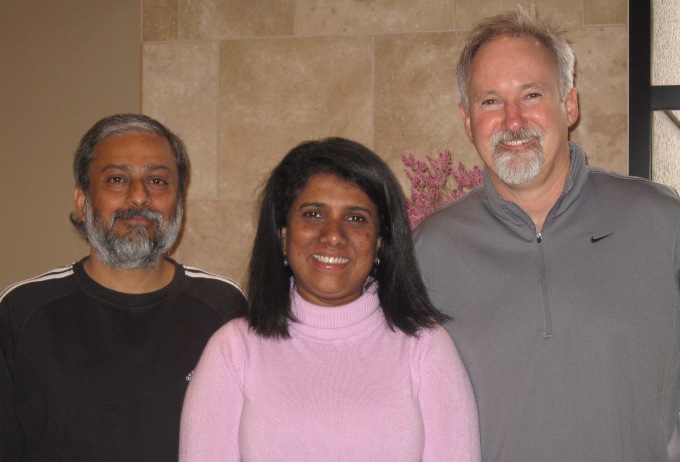 All images of Crude courtesy ABC

One Response to “Crude: The incredible journey of oil (humanity’s substance addiction)”