In recent years, consumer pressure has built up against products made using child labour and blood diamonds. If these are no longer internationally acceptable, neither should the world tolerate moving images whose origins are ethically suspect.

This is a point I have been making for sometime. I feel very strongly about it, because to me, what goes on behind the cameras is as important as what is in front of the cameras — and is therefore seen by millions of television viewers.

Many media researchers and media-watchers don’t pay enough attention to this aspect. Volumes of content analysis are produced on what is broadcast, but do we probe how that content gets on the air in the first place? 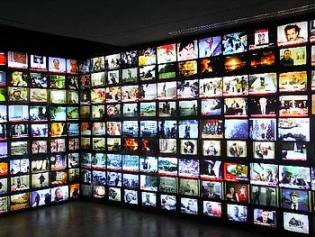 When Al Jazeeera launched its English language international news and current affairs channel in November 2006, I wrote an op ed essay called ‘Ethical Newsgathering: Al Jazeera’s Biggest Challenge’. This was published by media-watch websites on both sides of the Atlantic: MediaChannel.org managed from New York, USA, and MediaHelpingMedia managed from London, UK.

I looked at the track record of the two leading international news channels, BBC World and CNN International, and noted:

“They have increasingly come to epitomise a disturbing trend in international news and current affairs journalism: the end justifies the means.

“Take, for example, a major news story that broke in my part of the world two years ago: the Asian Tsunami of December 2004.

“In a few dreadful hours, the disaster killed, injured or otherwise shattered the lives of millions. The ‘media tsunami’ that followed added insult to injury by turning the plight of affected people into a global circus. The right to privacy and dignity of thousands of affected people was repeatedly violated. The visual media, in particular, had no qualms about showing the dead, injured and orphaned: the story was gory.

“One CNN reporter later wrote a whole book recounting those few momentous days, when his team apparently managed to get stories before anyone else. Seemingly because they threw more money, equipment and diplomatic clout than others. The ‘gung-ho’ tone in that book is revolting yet revealing.

“Such journalists’ only operating guideline seems to be: get the story, no matter what — or who gets hurt in that process.” 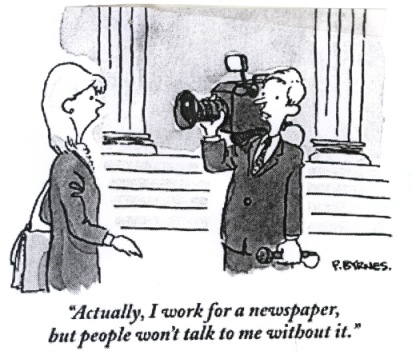 In the corporate media world, we the viewers are ‘consumers’ of what the multiple news channels peddle 24/7. Few of us see beyond what comes up on our screens, and even fewer bother about how those images are sourced.

If we want ethical sourcing of TV news content, that pressure must come from us, the consumers. We should react not only to the carefully packaged moving images and soundbytes dished out to us, but also demand to know if these have been acquired in an ethically acceptable manner.

Good journalism is not just a mix of accuracy, balance and credibility (the A, B and C we are taught in journalism school). There is also D (Discernment) and E (Ethical sourcing).