This week, I was asked by Sri Lanka’s oldest newspaper publishing house — Associated Newspapers of Ceylon Limited, or Lake House — to chair a panel discussion on ‘Survival and Evolution of Newspapers in the Digital Age’.

The event marked the 130th birth anniversary of Lake House founder and Sri Lanka’s first press baron, D R Wijewardene (1886 – 1950). It was held at the Lakshman Kadirgamar Institute in Colombo.

We had a lively discussion exploring the challenges faced by print publishers everywhere, and what solutions are relevant, viable and affordable for a majority of small scale publishers without deep pockets.

Here is an excerpt from my opening remarks (full text to be published soon as an op-ed article):

In the absence of independently audited circulation figures, we cannot be certain how well – or poorly – our newspapers are selling today. But indications are not promising. I have been involved in a state of the media study for the past year (due to be released in May 2016), and there is evidence that market survival is a big struggle for many smaller publishers.

More and more Lankan newspapers are being kept alive not to make any profit, but for influence peddling and political purposes. And in at least one case, the co-operatively owned Ravaya, reader donations were actively solicited recently to keep the paper alive.

Worldwide, print journalism’s established business models are crumbling, with decades-old publications closing down or going entirely online (The Independent newspaper in the UK is the latest to do the latter). Advertisers usually follow where the eyeballs are moving.

So what would D R Wijewardene do if he confronted today’s realities of gradually declining print advertising share and readers migrating to online media consumption? How might he respond by going back to his founding goals of political action and social change through the 3 Ps – the Press, Parliament and Platform – as important instruments of political action?

My guess is that he would invest in radio and/or television, with a strong digital integration. He might even find a viable income stream from digital and online publishing without locking up public interest content behind pay-walls.

We can only speculate, of course. Perhaps the more pertinent question to ask is: where are the budding D R Wijewardenes of the 21st Century? What are their start-ups and how are their dreams unfolding? Are they trying to balance reasonable profits with public interest journalism?

In my view, the biggest decider of success or failure – today, as it was a century ago – is not the medium, but the message. To put it more bluntly, it’s credibility, stupid! 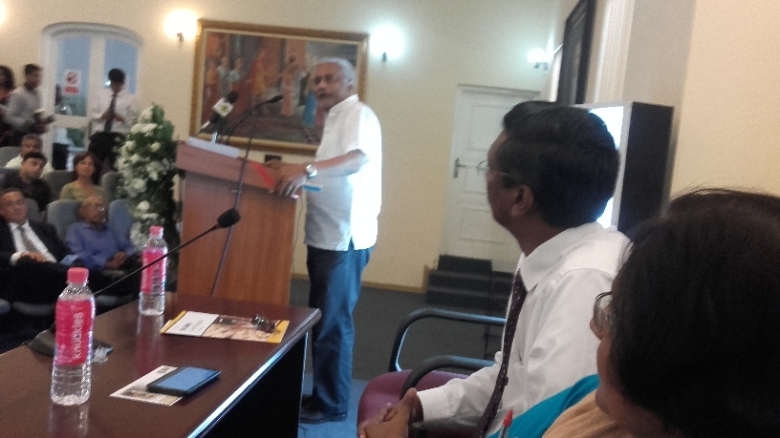