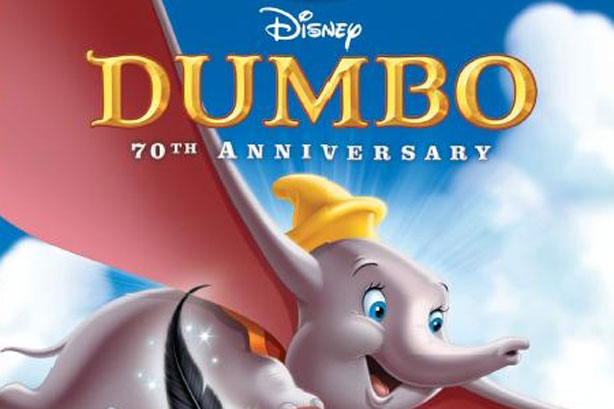 It’s hard to believe, but good old Dumbo is 70 this week!

The adorable baby elephant (whose real name is Jumbo, Jr.) has been flapping his extra-large ears and flying into our hearts for seven full decades. Read more at IMDB

Released theatrically on 23 October 1941, Dumbo was Walt Disney’s fourth animated film. And at just 64 minutes, the movie was also the shortest and least expensive produced by the Studio.

Read the synopsis on Rotten Tomatoes

Dumbo is the only Disney animated feature film that has a title character who doesn’t speak — he really is a creature of few words, or none!

Dumbo not only turned a profit, but charmed critics as well. The movie won the 1941 Academy Award® for Original Musical Score, was nominated for another the Academy Award for Best Song for “Baby Mine”, and took the Best Animation Design award at the 1947 Cannes Film Festival.

Since its release, Dumbo has stolen the hearts of generation after generation, and can today be found on countless consumer products and the ever-popular Dumbo the Flying Elephant attraction at Disney parks around the world. And in celebration of the beloved classic’s 70th anniversary, Walt Disney Studios Home Entertainment has released Dumbo for the first time on Blu-ray.

Read the story about digital restoration of Dumbo

Here’s the most famous song from Dumbo, Baby Mine, which Dumbo’s mommy sings to him. This is one of the all time favourite Disney movie moments that has made millions cry for 70 years. It is sung by actor and singer Elizabeth “Betty” Noyes.

Baby Mine From “Dumbo”

Music and lyrics by Frank Churchill and Ned Washington

Baby mine, don’t you cry
Baby mine, dry your eyes
Rest your head close to my heart
Never to part
Baby of mine

From your head down to your toes
You’re not much, goodness knows
But you’re so precious to me
Sweet as can be
Baby of mine