Message to the UN on World Environment Day: Kick your own CO2 habit! 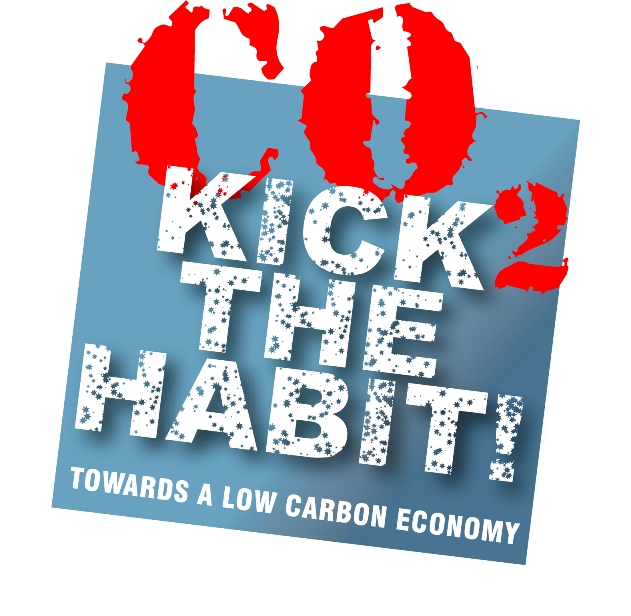 The theme for this year’s World Environment Day (WED), being marked on 5 June 2008, is Kick the Habit! Towards a Low Carbon Economy.

Responding to worldwide concerns on climate change, the UN Environment Programme (UNEP) is asking countries, companies and communities to focus on greenhouse gas emissions and how to reduce them. UNEP says it plans to “highlight resources and initiatives that promote low carbon economies and life-styles, such as improved energy efficiency, alternative energy sources, forest conservation and eco-friendly consumption”.

UNEP has suggested 12 steps to help kick the CO2 habit. It also lists a series of examples of how groups or countries have reduced their carbon emissions. This emphasis on Carbon Dioxide is because it’s an important greenhouse gas that traps the Sun’s heat and warms up our planet.

All this is well and good — except that the United Nations does not practise what it preaches. UNEP or any other part of the UN system telling the world to kick the carbon habit is a bit like a heavily drunken person extolling the virtues of staying off liquor. It just doesn’t sound credible.

Let me explain. Having been a UN-watcher and critical cheer-leader of the UN system (though not always of individual agencies), I have personally seen how carbon thrift – or indeed, any kind of thrift – is not a strong point in that system.

The UN has long been known as a formidable ‘paper factory’ because of the millions of documents it cranks out every year. On an average, it produces over 700 million printed pages every year (2005 figures). The cost of printing documents in its New York and Geneva offices is over 250 million dollars annually.
IPS May 2005 story: World’s celebrated paper factory tries to save forests

And despite recent claims of trying to become carbon neutral, the UN system – including specialised agencies – convene thousands of international meetings every year. Only a few of them produce tangible outputs (some merely agree to meet again!) and even fewer are covered in the public media. But beneath media’s radar and public scrutiny, the UN officials and their buddies (mostly) in governments continue to huddle together in key world cities and some exotic locations.

A random example is Bali, Indonesia, which hosted a massive climate change conference in December 2007 that reportedly attracted over 12,000 participants from all over the world – most of who flew thousands of kilometres to get there. Yes, the meeting’s organisers claimed all their carbon emissions will be offset, and let us presume that they indeed kept their word (even if we question the measurable outcome of the mega-event for long-term climate change coping strategies).

But the mega talk shop in Bali (photo, below) did nothing to restore the UN’s already damaged credibility. How can the UN expect the ordinary people to adopt austere, low-carbon lifestyles when its own operations display such profligacy where resources and energy are concerned?

It would be worth investigating if the number and magnitude of numerous meetings convened by the UN system have shown any marked decrease since climate concerns rose to the top of the public agenda during the past couple of years.

Similarly, with the rise of electronic means of information storage and distribution, it would be interesting to find out if the UN’s endless churning out of paper-based documents has been reduced.

I doubt if either has happened, but we can keep looking for some evidence.

What I have noticed in recent months is the proliferation of meetings – convened or endorsed by the UN system – that address different aspects of climate change. That has become the latest excuse for the development set and its academic friends to have endless physical meetings.

The contradictions and incongruities reach dizzy heights when agencies like the International Telecommunications Union – keeping track of the world’s telecom and ICT developments – convene meeting after meeting to discuss how ICTs can help mitigate climate change.

Our regular readers know we’ve been pushing a simple yet effective slogan for this: Don’t commute; communicate!. Alas, that’s the very message that ITU and the world’s leading telecom/ICT companies managed to miss in Bali last December.

On this World Environment Day, let’s turn things around — and ask the United Nations secretariat and its specialised agencies (especially UNEP) to heed their own clarion call. Let change begin with them, and let’s see how (and if) the UN sets an example for the rest of the world.

So here’s a modest proposal that can have far-reaching benefits for the planet. Adopt and strictly observe for a year or two a moratorium on all large UN gatherings (no matter what they are called – Summits, conferences, symposia, meetings, etc.) that involve more than 500 persons. In this day and age of advanced telecommunications, it is possible to consult widely without always bringing people physically together.

It’s not just the carbon emissions of air travel that I’m talking about (aviation accounts for less than 5% of worldwide carbon emissions). Much more important is the message such UN austerity would send out to the world. Practising what you preach has a strong moral persuasive power — even if it goes against addictive habits formed for over 60 years of the UN’s history.

After all, the UN wants everyone on the planet to ‘kick the habit’. So let the ladies and gentlemen of the UN Secretariat and agencies lead by personal and institutional example — kicking their own addiction for meetings, more meetings and more paper.

PS: Don’t be too shy to turn up at Hydrocarbons Anonymous.

Declaration of interest: I have attended my share of UN meetings in the past 20 years, but the last mega event I joined was WSSD in Johannesburg in mid 2002. In 2007, I declined three sponsored invitations to go to Bali, and now selectively attend very few small meetings that promise clear focus and output.

3 Responses to “Message to the UN on World Environment Day: Kick your own CO2 habit!”

« Lakshani: A child of the sea travels beyond the seas…
Who’s Afraid of Citizen Journalists 2: Reflections from Asia Media Summit 2008 »
Loading Comments...
%d bloggers like this: