“For connecting more than half a billion people and mapping the social relations among them, for creating a new system of exchanging information and for changing how we live our lives, Mark Elliot Zuckerberg is TIME’s 2010 Person of the Year,” TIME magazine’s editors announced on 15 December 2010.

As if to support their choice, their profile of Facebook’s co-founder added: “One out of every dozen people on the planet has a Facebook account. They speak 75 languages and collectively lavish more than 700 billion minutes on Facebook every month. Last month the site accounted for 1 out of 4 American page views. Its membership is currently growing at a rate of about 700,000 people a day.”

As usual, TIME’s selection was eagerly awaited, and the most popular choice online was WikiLeaks founder Julian Assange. He ended as a runner-up as the next four newsmakers of 2010 — perhaps it was too controversial a choice for TIME’s editors considering the heavy polarisation of views at home about WikiLeaks?

I first read about this selection on Twitter. By coincidence, I was just finishing my latest essay, which was more about the challenges of living in the WikiLeakable world that we now find ourselves in. But Mark Zuckerberg and Facebook get honourable mentions in there.

The essay, now published as Living in the Global Glass House: An Open Letter to Sir Arthur C Clarke, includes these paras:

“I’m not so sure what you might have made of this thing called Facebook. With more than 500 million active members, the social networking website is the largest of its kind (well ahead of its nearest rival Myspace, owned by your friend Rupert).

“Going by the sheer numbers, Facebook is behind only China and India in population terms. But those who compare it to a major league country don’t imagine far enough — it’s really becoming another planet…

An essential survival skill in this Info Age...

“While Facebook’s high numbers are impressive, not everyone is convinced of its usefulness and good intentions. Can we trust so much power in the hands of a few very bright (and by now, very rich) twentysomethings? How exactly is Facebook going to safeguard our privacy when we (wittingly or unwittingly) reveal so much of our lives in there?

“I raise these concerns not only as a long-time ICT-watcher, but also as the father of a teenager who is an avid Facebooker. I once called Facebook co-founder Mark Zuckerberg a ‘Digital Pied Piper’: might we someday see Hamelin the sequel?”

PS: On 1 Oct 2010, when the movie The Social Network (based on the Facebook story) opened, I tweeted: “www.thesocialnetwork-movie.com Story of da world’s biggest Pied Piper. And his 500 million+ rats!”

“In the struggle for freedom of information, technology — not politics — will be the ultimate decider.”

These words, by Sir Arthur C Clarke, have been cited in recent days and weeks in many debates surrounding WikiLeaks, secrecy and the public’s right to know.

I invoke these words, and many related reflections by the late author and futurist, in a 2,250-word essay I have just written. Titled Living in the Global Glass House, it is presented in the form of an Open Letter to Sir Arthur C Clarke. It has just been published by Groundviews.org 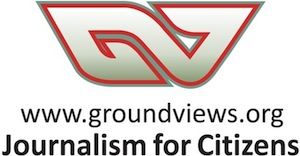 This is my own attempt to make sense of the international controversy – and confusion – surrounding WikiLeaks. Taking off from the current concerns, I also look at what it means for individuals, corporations and governments to live in the Age of Transparency that has resulted from the Information Society we’ve been building for years.

Sir Arthur foresaw these developments year or decades ago, and wrote perceptively and sometimes in cautionary terms about how we can cope with these developments. As a research assistant and occasional co-author to Sir Arthur from 1987 to 2008, I had the rare privilege of sharing his views firsthand. In this essay, I distill some of the best and most timely for wider dissemination. The above Wordle graphic illustrates the keywords in my essay.

The essay was also prompted by recent experiences. Here’s that story behind the story:

By happy coincidence, I arrived in London on 28 November 2010, the very day the WikiLeaks Cablegate erupted all over the web, beginning to spill out what would eventually be over 250,000 secret international ‘cables’ within the US diplomatic corps.

The Guardian UK that day published an interactive map-based visualization of the leaks. By moving the mouse over the map, readers can find key stories and a selection of original documents by country, subject or people

During the week I spent in London, I experienced not only uncharacteristically early and intense snow storms, but a mounting international storm on the web over the leaked cables. WikiLeaks’ co-founder and chief editor Julian Assange was also somewhere in the UK, playing cat and mouse at the time with the Swedish police and Interpol. (He later turned himself in to the British authorities.)

On December 1, the British Interplanetary Society invited me to join their annual Christmas get-together where they were remembering their founder member and past chairman Arthur C Clarke. They talked mostly about the man’s contribution to space exploration, but listening to those fond memories against the wider backdrop of WikiLeaks very likely inspired me to write this essay.

Soon after I returned to Colombo, Transparency International Sri Lanka asked me to speak at a workshop on the right to information they had organised for journalists. Given my reputation as a geek-watcher and commentator on the Information Society, they asked to talk about what WikiLeaks means for investigative journalism. Two days later, the Ravaya newspaper did a lengthy interview with me on the same topic which they have just published in their issue for 19 December 2010.

All these elements and experiences combined in writing this essay. Being confined to home by a nasty cold and cough also helped! In fact, on 16 December when Sir Arthur’s 93rd Birth Anniversary was marked, I was too weak to even step out of the house to visit his gravesite. In the end, I finished writing this Open Letter to him on the evening of that day.

My daughter Dhara and I would normally have taken flowers to Sir Arthur’s grave on his birth anniversary. This year, instead, I offer him 2,250 words in his memory. The fine writer would surely appreciate this tribute from a small-time wordsmith.

Rap News on WikiLeaks: The truth is out there, huh?

Sounds funny, but these guys are spot on...and deadly serious!

On this blog, we take political satire very seriously and talk about it every now and then. It started with a blog post I wrote in July 2009 titled News wrapped up in laughter: Is this the future of current affairs journalism?

I’m delighted to highlight another commendable effort, this time on the web. It’s a website called The Juice Media, which presents news reports in, believe it or not, rap music! It has been online for a while, drawing rave reviews. One of them: “Like a mix of Eminem and Jon Stewart”.

TheJuiceMedia: Rap News is written and created by Hugo Farrant and Giordano Nanni in a home-studio/suburban backyard in Melbourne, Australia. In fact, Hugo appears as the amiable Rap News anchorman, Robert Foster.

Here are their latest three releases, which are hilariously serious.

Rap News 6 – Wikileaks’ Cablegate: the truth is out there

RAP NEWS 4: Wikileaks vs The Pentagon – the WWWAR on the Internet