An Open Dialogue about Open Data

Today, I gave the opening speech at an introductory seminar on ‘open data’ held at the Sri Lanka Press Institute, Colombo, on 15 Oct 2015.

Organised by InterNews and Transparency International Sri Lanka, the seminar explored the concepts of ‘open data’ and ‘big data’ and discussed that role civil society, media and technologists can play in advocating to government to open up its data, enabling a culture of transparency and open government. 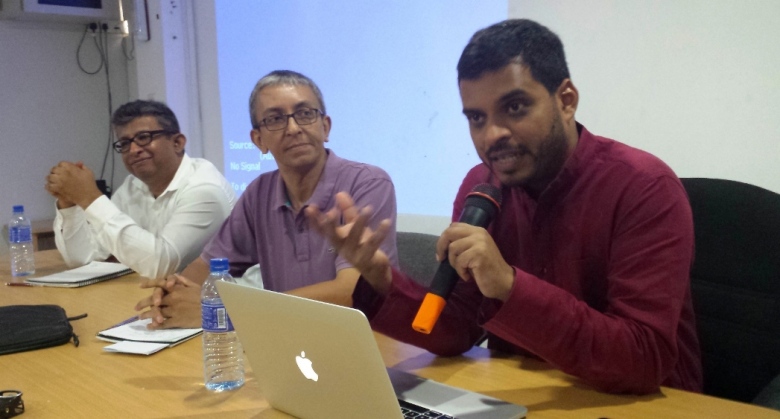 My premise was that while the proliferation of digital tools and growth of web-based data storage (the cloud) opens up new possibilities for information generation and sharing, South Asian societies need to tackle institutional and cultural factors before democratised and digital data can really transform governance and development. Our countries must adopt more inclusive policies and practices for public sharing of scientific and other public data. 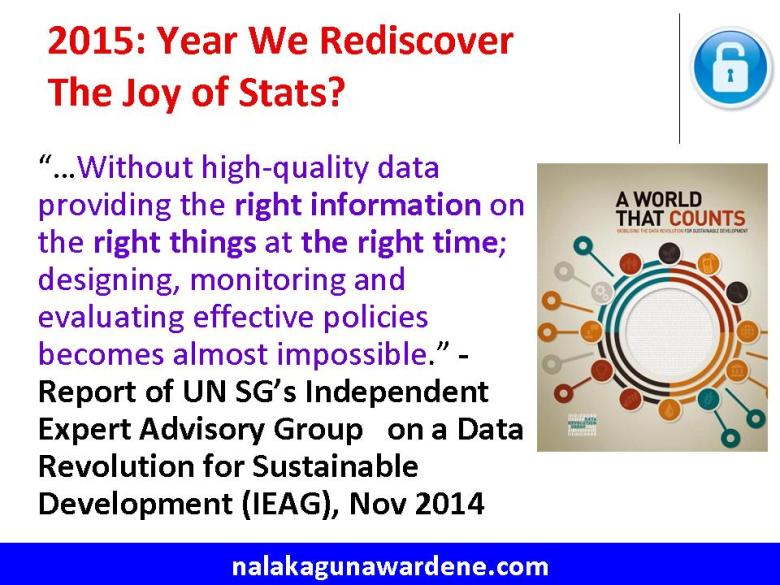 A World that Counts…

I also referred to the Sustainable Development Goals (SDGs) that were adopted by member states of the UN at a heads of state level summit in New York on 25-27 September 2015. Underpinning all 17 SDGs is an explicit recognition of the value of data for development — to better inform decisions, and to better monitor progress.

Sri Lanka’s President Maithripala Sirisena addressed the Summit, and officially committed Sri Lanka to the SDGs. I argue that implicit in that commitment is a recognition of data for development and open data policies. We now need to ask our government to introduce a government-wide policy on data collection, storage and sharing. In short, it must open up!

This was my open call to the President to open up: 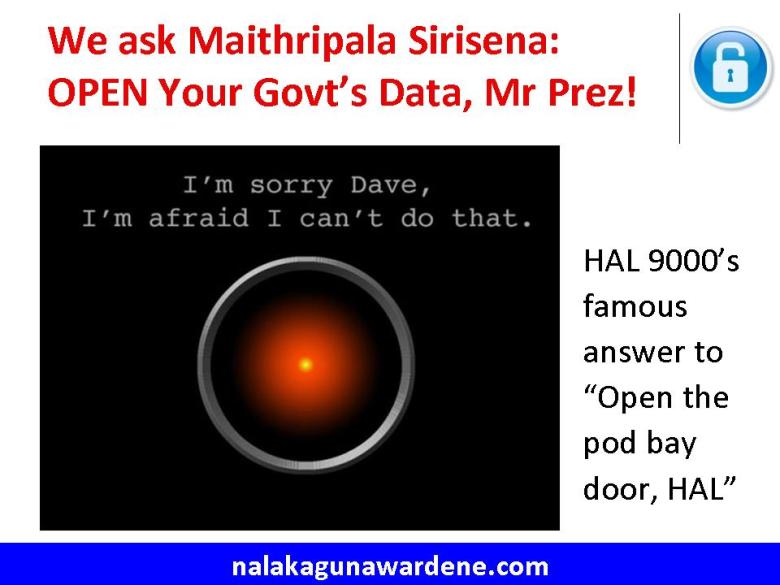 I quoted from my own recent op-ed published in Daily Mirror broadsheet newspaper:

After many years of advocacy by civil society, Sri Lanka will soon adopt a law that guarantees citizens’ Right to Information (RTI). It has recently been added to the Constitution as a fundamental right.

Passing the RTI law is only a beginning — institutionalising it requires much effort, considerable funds, and continued vigilance on civil society’s part. 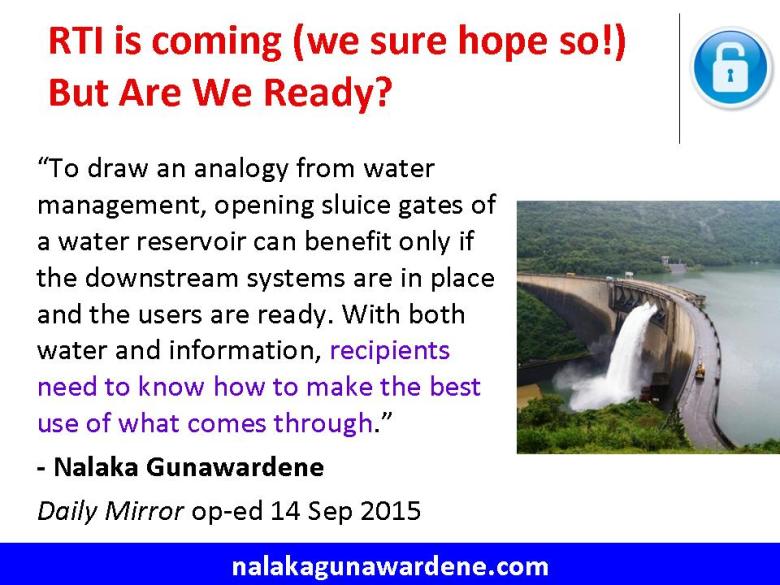 RTI is Coming: Are We Ready? My question to Lankan civil society and media

As champions of RTI, media and civil society must now switch roles, I said. While benefiting from RTI themselves, they can nurture the newly promised openness in every sphere, showing citizens how best to make use of it. Reorienting our public institutions to a new culture of openness and information sharing will be an essential step.

Here is my full PPT: