The report, titled Rebuilding Public Trust: An Assessment of the Media Industry and Profession in Sri Lanka, contains 101 recommendations for media sector reforms needed at different levels – in government policies, laws and regulations, as well as within the media industry, media profession and media teaching.

The report, for which I served as overall editor, is the outcome of a 14-month-long consultative process that involved media professionals, owners, managers, academics and relevant government officials. It offers a timely analysis, accompanied by policy directions and practical recommendations.

The original report was released on World Press Freedom Day (3 May 2016) at a Colombo meeting attended by the Prime Minister, Leader of the Opposition and Minister of Mass Media.

The Jaffna launch event was organised by the Department of Media Studies of the University of Jaffna, the Jaffna Press Club and the National Secretariat for Media Reforms (NSMR). 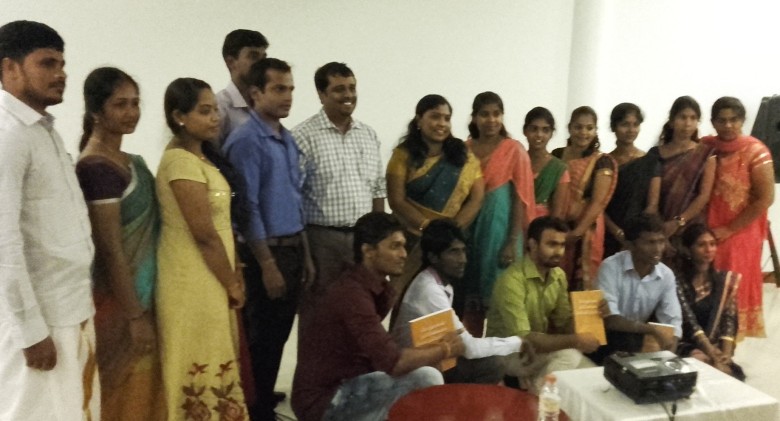 Reginald Cooray, Governor of the Northern Province, in a message said: “I am sure that the elected leaders and the policy makers of this government of Good governance will seize the opportunity to make a professionally ethical media environment in Sri Lanka which will strengthen the democracy and good governance.”

He added: “The research work should be studied, appreciated and utilised by the leaders and the policy makers. Everyone who was involved in the work should be greatly thanked for their research presentation with clarity.”

Speaking at the event, Sinnadurai Thavarajah, Leader of the Opposition of the Northern Provincial Council, urged journalists to separate facts from their opinions. “Media freedom is important, but so is unbiased and balanced reporting,” he said.

Lars Bestle, Head of Department for Asia and Latin America at International Media Support (IMS), which co-published the report, said: “Creating a healthy environment for the media that is inclusive of the whole country is an essential part of ensuring democratic transition.”

He added: “This assessment points the way forward. It is now up to the local actors – government, civil society, media, businesses and academia – with support from international community, to implement its recommendations.”

I introduced the report’s key findings and recommendations. In doing so, I noted how the government has welcomed those recommendations applicable to state policies, laws and regulations and already embarked on law review and regulatory reforms. In sharp contrast, there has been no reaction whatsoever from the media owners and media gatekeepers (editors).

The report comes out at a time when the country’s media industry and profession face multiple crises stemming from an overbearing state, unpredictable market forces and rapid technological advancements.

Balancing the public interest and commercial viability is one of the media sector’s biggest challenges today. The report says: “As the existing business models no longer generate sufficient income, some media have turned to peddling gossip and excessive sensationalism in the place of quality journalism. At another level, most journalists and other media workers are paid low wages which leaves them open to coercion and manipulation by persons of authority or power with an interest in swaying media coverage.”

Notwithstanding these negative trends, the report notes that there still are editors and journalists who produce professional content in the public interest while also abiding by media ethics. Unfortunately, their work is eclipsed by media content that is politically partisan and/or ethnically divisive.

The result: public trust in media has been eroded, and younger Lankans are increasingly turning to entirely web-based media products and social media platforms for information and self-expression. A major overhaul of media’s professional standards and ethics is needed to reverse these trends.

The Tamil report is available for free download at:

The English original report is at: