Statistics made simple: Global Village of 100 = World of 7 billion

The Earth is one, but the world is not...

But how many of us can grasp such a large number? I can size up a gathering of a few hundred people, or at the most, a couple of thousand. After that, I lose count…and I’m not alone.

That’s why the idea of a Global Village of 100 is so very useful. It’s based on a simple yet profound premise: if we could reduce the world’s population to a village of precisely 100 people, with all existing human ratios remaining the same, what would it look like?

The idea was the brainchild of Donella Meadows, a pioneering American environmental scientist, teacher and writer. She is best known as lead author of the influential book The Limits to Growth (1972).

It was first published in May 1990 with the title “State of the Village Report”, and Meadows originally envisaged a village of one thousand people. This approach to showing the global disparities was so refreshing and accessible that it soon spread among educators, journalists and activists — in today’s Internet terms, we would call that ‘going viral’.

David Copeland, a surveyor and environmental activist, revised the report to reflect a village of 100 and single-handedly distributed 50,000 copies of a Value Earth poster at the 1992 Earth Summit in Rio de Janiero.
What happened after that is recounted in this brief history by Carolyn Jones, adapted by Bob Abramms.

The analogy has been revised every few years to reflect the changing demographics and global development trends. The practice is now sustained by the Miniature Earth Project, whose latest animated video version for 2010 runs as this:

There is also the 100 People Foundation (www.100people.org) which is “committed to simplifying and humanizing complex global statistics by looking at the world as a community of 100 people”. They provide media and educational tools to teachers around the world to help them teach a global view, and inspire their students to learn more about their global neighbors. Here’s their own video:


Here’s another variation on the theme, set to John Lenon’s ‘Imagine’:

If the world were a village of 100 people…
This cartoon animation uses the same approach, but with emphasis on linguistic and cultural diversity.

All You Need is Love: When the world sang one song for HIV… 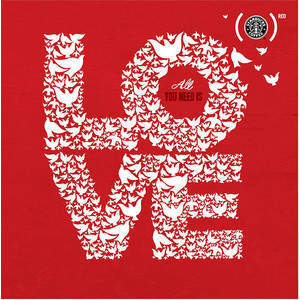 We must love one another or die...

Our planet is one, but our world speaks and sings in a myriad tongues — and that’s part of our cherished cultural diversity. Once in a while, however, it’s good to see that cacophony morph into a symphony when the world shares a few moments — in awe, horror, love or happiness.

It happened last week when the world sang for an extremely good cause. On 7 December 2009 at 1:30pm GMT, Starbucks invited musicians from all over the world to sing together at the same time to raise awareness for HIV/AIDS in Africa. In one breathtaking moment, musicians from 156 countries played “All You Need is Love” together. The live participation of most nations together to sing this song became a Guinness world record.

Watch now, as musicians from all around the world come together and share a song.

My former colleague Buddhini Ekanayake joined this global production by coordinating the input from Sri Lanka. “Personally, I am really glad to take part in this event together with my team, on behalf of Watermelon Creatives,” she says on her blog, where she shares some info and images.

You can still join in by lending your own voice to the Starbucks Love Project.. Watch streaming video from countries around the world and then join in by singing All You Need is Love yourself. For each video submitted, Starbucks will make a contribution to the Global Fund to help fight against AIDS in Africa. You can also help increase the Starbucks contribution to the Global Fund by submitting a drawing to the Love Gallery.

The global sing-along is part of our continuing efforts to help fight AIDS in Africa. In just one year in partnership with (RED), Starbucks has generated money equivalent to more than 7 million days of medicine to help those living with HIV in Africa.

“All You Need Is Love” is a song written by John Lennon and credited to Lennon/McCartney. It has been associated with path-breaking initiatives before. It was first performed by The Beatles on Our World, the first live global television link. Watched by 400 million in 26 countries, the programme was broadcast via satellite on 25 June 1967.