Keynote speech delivered by science writer and digital media analyst Nalaka Gunawardene at the Sri Lanka National IT Conference held in Colombo from 2 to 4 October 2018. 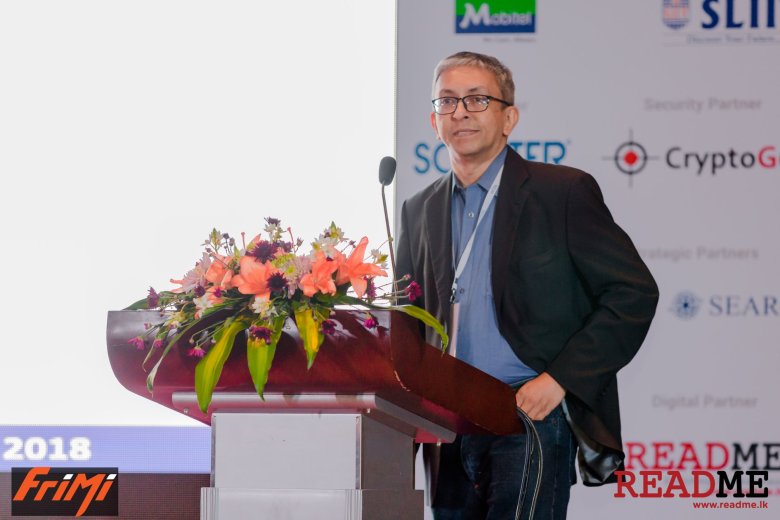 Here is a summary of what I covered (PPT embedded below):

With around a third of Sri Lanka’s 21 million people using at least one type of social media, the phenomenon is no longer limited to cities or English speakers. But as social media users increase and diversify, so do various excesses and abuses on these platforms: hate speech, fake news, identity theft, cyber bullying/harassment, and privacy violations among them.

Public discourse in Sri Lanka has been focused heavily on social media abuses by a relatively small number of users. In a balanced stock taking of the overall phenomenon, the multitude of substantial benefits should also be counted.  Social media has allowed ordinary Lankans to share information, collaborate around common goals, pursue entrepreneurship and mobilise communities in times of elections or disasters. In a country where the mainstream media has been captured by political and business interests, social media remains the ‘last frontier’ for citizens to discuss issues of public interest. The economic, educational, cultural benefits of social media for the Lankan society have not been scientifically quantified as yet but they are significant – and keep growing by the year.

Whether or not Sri Lanka needs to regulate social media, and if so in what manner, requires the widest possible public debate involving all stakeholders. The executive branch of government and the defence establishment should NOT be deciding unilaterally on this – as was done in March 2018, when Facebook and Instagram were blocked for 8 days and WhatsApp and Viber were restricted (to text only) owing to concerns that a few individuals had used these services to instigate violence against Muslims in the Eastern and Central Provinces.

In this talk, I caution that social media regulation in the name of curbing excesses could easily be extended to crack down on political criticism and minority views that do not conform to majority orthodoxy.  An increasingly insular and unpopular government – now in its last 18 months of its 5-year term – probably fears citizen expressions on social media.

Yet the current Lankan government’s democratic claims and credentials will be tested in how they respond to social media challenges: will that be done in ways that are entirely consistent with the country’s obligations under international human rights laws that have safeguards for the right to Freedom of Expression (FOE)? This is the crucial question.

Already, calls for social media regulation (in unspecified ways) are being made by certain religious groups as well as the military. At a recent closed-door symposium convened by the Lankan defence ministry’s think tank, the military was reported to have said “Misinformation directed at the military is a national security concern” and urged: “Regulation is needed on misinformation in the public domain.”

How will the usually opaque and unpredictable public policy making process in Sri Lanka respond to such partisan and strident advocacy? Might the democratic, societal and economic benefits of social media be sacrificed for political expediency and claims of national security?

To keep overbearing state regulation at bay, social media users and global platforms can step up arrangements for self-regulation, i.e. where the community of users and the platform administrators work together to monitor, determine and remove content that violates pre-agreed norms or standards. However, the presentation acknowledges that this approach is fraught with practical difficulties given the hundreds of languages involved and the tens of millions of new content items being published every day.

What is to be done to balance the competing interests within a democratic framework?

I quote the views of David Kaye, the UN Special Rapporteur on the promotion and protection of the right to freedom of opinion and expression from his June 2018 report to the UN Human Rights Council about online content regulation. He cautioned against the criminalising of online criticism of governments, religion or other public institutions. He also expressed concerns about some recent national laws making global social media companies responsible, at the risk of steep financial penalties, to assess what is illegal online, without the kind of public accountability that such decisions require (e.g. judicial oversight).

Kaye recommends that States ensure an enabling environment for online freedom of expression and that companies apply human rights standards at all  stages of their operations. Human rights law gives companies the tools to articulate their positions in ways that respect democratic norms and

counter authoritarian demands. At a minimum, he says, global SM companies and States should pursue radically improved transparency, from rule-making to enforcement of  the rules, to ensure user autonomy as individuals increasingly exercise fundamental rights online.

We can shape the new cyber frontier to be safer and more inclusive. But a safer web experience would lose its meaning if the heavy hand of government tries to make it a sanitized, lame or sycophantic environment. Sri Lanka has suffered for decades from having a nanny state, and in the twenty first century it does not need to evolve into a cyber nanny state.