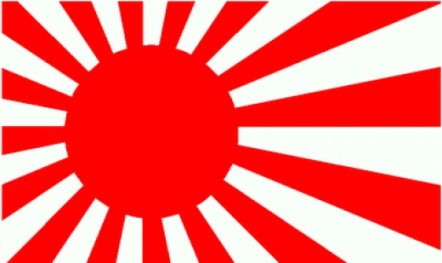 In this week’s Ravaya column, published on 20 May 2012, I continue exploring alternative history scenarios for Sri Lanka, a quest started a couple of weeks ago.

I speculate WHAT IF there was a different outcome of the Battle of Ceylon, or the Easter Sunday Japanese air raid of Ceylon on 5 April 1942, exactly 119 days after the Pearl Harbour attack in Hawaii?

What if Ceylon fell to Japanese rule, just like Burma, Malaya and Singapore did? How might that have changed the course of World War Two, and the future of the then British colony of Ceylon? 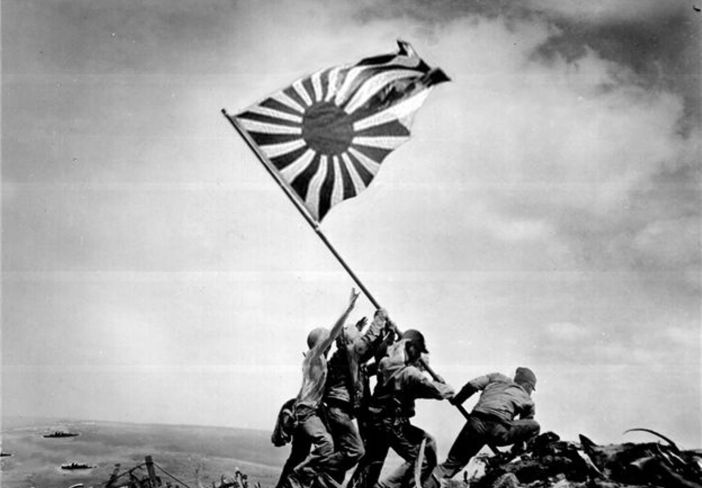 This is the Sinhala text of my Ravaya Sunday column published in their issue for 8 April 2012. My theme this week is the Battle of Ceylon, or the Easter Sunday Japanese air raid of Ceylon that took place 70 years ago this week.

The 5 April 1942 attack on Colombo Harbour and the nearby Ratmalana Airport took place exactly 119 days after the Pearl Harbour attack in Hawaii.

Similar ground is covered in my English blogpost:
Battle of Ceylon: 70 years on, still waiting for its place in the movies… 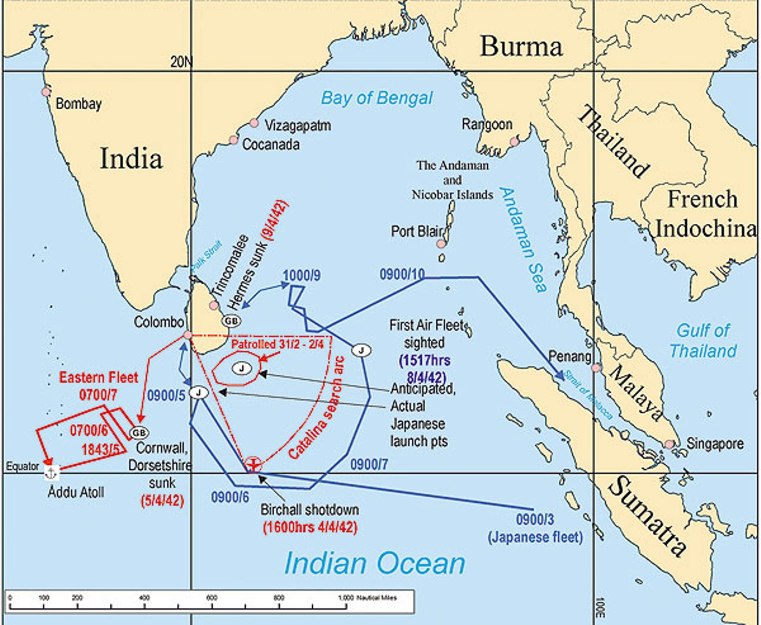 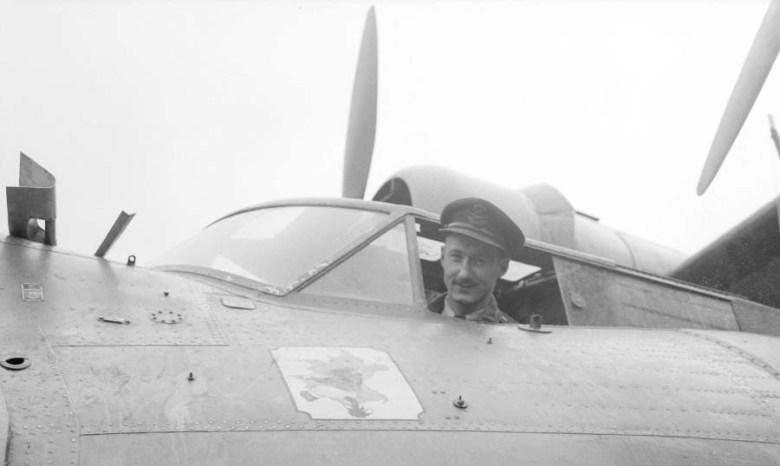 End note: While researching for my Sunday column, I stumbled upon two other interesting short video clips on this aspect of the Second World War. They are both computer-generated scenarios, but well made. Despite some minor historical inaccuracies, they illustrate the rich story-telling potential of this vignette of history, largely overlooked by mainstream movie makers.

Battle of Ceylon: 70 years on, still waiting for its place in the movies…

Memories of Battle of Ceylon, April 1942

While human memories fade and disappear, photographs and films help preserve moments of history – either as factual documentation, or as fictionalised stories.

The Battle of Ceylon, or the Easter Sunday Japanese air raid of Ceylon took place 70 years ago this week. There can’t be too many people who have personal memories of that eventful day, 5 April 1942.

The definitive feature film about this facet of WW2 remains to be made. This blog post explores what (little) that is available online.

The attack on Colombo Harbour and the nearby Ratmalana Airport took place exactly 119 days after the Pearl Harbour attack in Hawaii. In that relatively short time, the Japanese military had advanced westwards in the Indian Ocean with astonishing speed and success.

When Singapore fell in February 1942, it was widely believed that the next Japanese target was Ceylon. Once their battleships, aircraft carriers and submarines were based in Ceylon, their domination over the Indian Ocean would be consolidated.

If the Allies read Japanese intentions correctly, they completely underestimated their adversary’s capabilities. Lack – or deliberate blocking – of information had characterised the build up of Japanese military capabilities for years.

Michael Tomlinson, an Englishman who was posted in Ceylon with the Royal Air Force in 1942, later wrote the definitive book about those fateful days and weeks. Its title, The Most Dangerous Moment, was derived from a remark by British Prime Minister Sir Winston Churchill.

Looking back later, Churchill said the most dangerous moment of the Second World War, and the moment that caused him the most alarm, was when the formidable Japanese fleet was approaching Ceylon.

As it turned out, the Japanese fleet that mounted the air raid on Ceylon was under the command of Admiral Chuichi Nagumo, who, as commander of the First Air Fleet of the Imperial Japanese Navy, had earlier overseen the devastating attack on Pearl Harbour on 7 December 1941.

As Tomlinson has written, “True the [Pearl Harbour] attack was unleashed without a declaration of war and has thus been stamped as an act of infamy, though the Americans had very solid reasons for expecting it and the enormous surprise which the Japanese managed to achieve over the Americans was quite unexpected by their own flyers. Sadly enough when these same airmen, almost man for man the same, were to attack targets in Ceylon four months later, the British, though having extremely accurate and complete intelligence of the Japanese intentions and movements, were taken only a little less by surprise than were the Americans at Hawaii.”

Things didn’t start off that way. The island’s civilian administrators and British military high command had initiated preparations and precautions. These included building several new airstrips, and placing RAF squadrons on the island.

With no satellites in orbit (the Space Age had not yet dawned), and radar still in its infancy, these ‘eyes in the air’ offered crucial surveillance. And the vigilance paid off.

On the evening of 4 April 1942, just before dusk, one Catalina on patrol made a chance observation that changed the course of history. As they were about to turn back, Leonard Birchall, a young Squadron Leader of the Royal Canadian Air Force (RCAF), saw a ‘black speck’ in the Indian Ocean. Upon investigation, they discovered a Japanese aircraft carrier fleet, at the time 400 miles (640km) south of the island.

As the Catalina’s crew took a closer look, its radio operator radioed to Colombo the location, composition, course and estimated speed of the advancing fleet. Moments later, they were shot down by Zero fighters: Birchall and crew mates spent the rest of the War as Japanese prisoners.

The message reached Colombo “a little garbled but essential correct” and immediately passed on to all the Services. But what happened thereafter shows that an early warning by itself serves little purpose unless it is properly acted upon.

I have just written a column on how and why:
Near-misses in the ‘Battle of Ceylon’ (Japanese Air Raid on 5 April 1942)

“Failure in communications all around was to bring tragic results in its wake,” says Tomlinson. “Afterwards, there was even talk about sabotage, but this cannot be taken seriously.”

The Easter Sunday Raid, or the Battle of Ceylon, is well documented. Much to the surprise and disappointment of the Japanese, the Allied naval fleet had been moved out of the Colombo harbour. Another Pearl Harbour was thus avoided.

The Colombo air raid lasted some 20 minutes, and the civilian casualties amounted to 85 dead and 77 injured. The British claimed destroying “27 enemy aircraft” that morning, but the Japanese admitted losing only five. Tomlinson speculates that some damaged aircraft never managed the long flight back.

According to him, only three Japanese planes fell on Ceylonese soil: one each in Horana, on the playground of St Thomas’s College in Mount Lavinia and at Pita Kotte junction.

Hailing from this last area, an eastern suburb of Colombo, I had family elders who actually witnessed the incident. As a schoolboy, I used to walk past that crash site every week day. 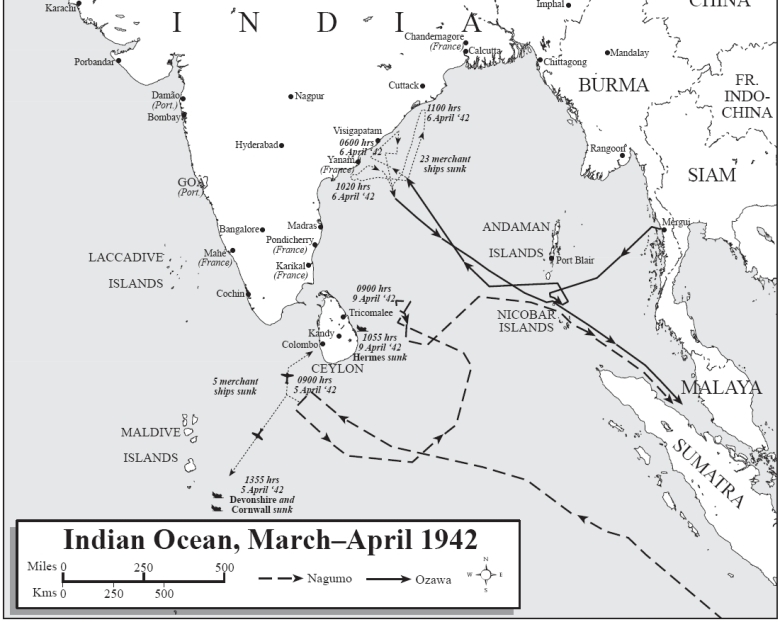 On April 9, the Japanese bombed Trincomalee harbour on Ceylon’s east coast and also attacked British ships off Batticaloa. The strategic damage was greater, but somehow the defences held. Owing to a combination of factors, the Japanese never returned.

Close to a thousand Allied servicemen lost their lives defending Ceylon that week. But Leonard Birchall survived the notorious Japanese prison camps. Decorated and hailed as the ‘Saviour of Ceylon’, he died in September 2004 aged 89.

A few years ago, Norflicks Productions, a Toronto-based video company, produced a historical documentary about his life. Titled THE SAVIOUR OF CEYLON: The Story of Leonard Birchall (92 mins), it was directed by Marta Nielsen. Producer and Scriptwriter was Richard Nielsen.

While Pearl Harbour attack and aftermath has been the basis of many documentaries and feature films, the Battle of Ceylon is still under-represented in moving images

While researching for my Sunday column, I stumbled upon two other interesting short video clips on this aspect the Second World War.

They are both evidently computer-generated scenarios, but seemingly well made. Despite some minor historical inaccuracies, they illustrate the rich story-telling potential of this vignette of history, largely overlooked by movie makers.

I recently tracked down their creator, Bob Baeyens, who goes by the online moniker Skinny. He says the two clips were made using IL-2 Sturmovik, a World War II combat flight simulator video game that focused on the air battles of the Eastern Front. Here is my brief email exchange with him a few days ago (slightly edited for clarity):

What made you choose the Battle of Ceylon?

We were always looking for (historical) scenarios to create multiplayer missions. Since the game is over 12 years old now, most theaters were covered pretty well, so I bumped in to this one searching for something new — and decided to try making a movie about it as it’s a rather compelling story.”

Do you have a personal link to Ceylon, WW2 or aviation?

No, no and a small one. I used to be a glider pilot.

Why hasn’t anything further happened with Battle of Ceylon film?

The whole jeep/battlefields things must have looked a little weird to you. That’s because its actually a critique and (an) inside joke. I couldn’t get my squad mates from battlefields (on UK dedicated server) to help out making that movie. I needed a couple of real pilots to fly some scenes, drive jeeps, etc. The a.i. in the game made it hard too to make them without human pilots. But I was getting no response or help, so I finally got frustrated and gave up.

I didn’t quite give up; I “finished” it with a parody and a jab! Hence the words, “Best IL2 movie never made”. See this also:

Do you make films for fun, or for a living?

Finally, how may I describe you? Is there a website or blogsite or online intro that I can link to?

No need to describe me. If you want to refer to me, use my online
callsign “Skinny”.