[Op-ed] April Fools, All Year Round? A Call for Fact-Checking Our Media & Politics

Text of my op-ed article published in Weekend Express newspaper on 7 April 2017.

April Fools, All Year Round?

April 1 is observed in many countries as a day for fooling people with practical jokes and harmless fabrications. This aspect of popular culture can be traced back to the times of ancient Greece.

There is now a new twist to this tradition. Every day is beginning to feel like April Fools’ Day in the age of Internet pranks, clever satire and fake news!

Sadly, many among us who apply some measure of skepticism on April 1 are not as vigilant for the rest of the year.

Ah, how I miss the time when intentional misleading was largely confined to just one day. I’m old enough to remember how some Lankan newspapers used to carry elaborate – and seemingly plausible – stories on their front pages on April Fools’ day. The now defunct Sun and Weekend excelled in that delightful art of the tall tale. Of course, they owned up the following day, poking fun at readers who were fooled.

During the past two decades, our media landscape has become a great deal more diverse. Today we have 24/7 SMS news services, all-news TV channels, numerous websites and, of course, millions using social media to spread information (or misinformation) instantaneously.

But does more necessarily mean better? That is a highly debatable question. We seem to have too much media, but not enough journalism! At least journalism of the classical kind where facts are sacred and comment is free (yet informed).

That kind of journalism still exists, but along with so much else. Today’s global cacophony has democratized the media (which is to be celebrated). At the same time, it spawned veritable cottage industries of fake news, conspiracy theories and gossip peddlers. 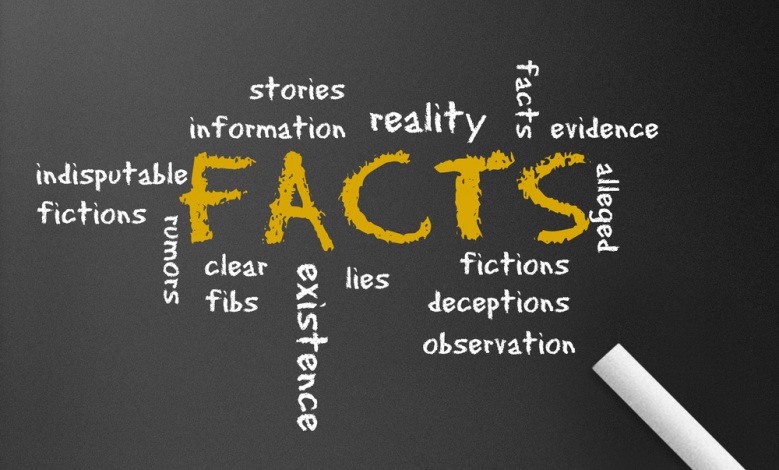 What is to be done? The long term solution is to raise media literacy skills in everyone, so that people consume media and social media with due diligence.

That takes time and effort. Since misinformation is polluting the public mind and even undermining democratic processes, we must also look for other, faster solutions.

One such coping strategy is fact checking. It literally means verifying information – before or after publication – in the media.

In a growing number of countries, mainstream media outlets practise fact checking as an integral part of their commitment to professionalism. They seek to balance accuracy with speed, which has been made more challenging by the never-ending news cycle.

In other cases, independent researchers or civil society groups are keeping track of news media content after publication. In the United States, where the practice is well developed, several groups are devoted to such post-hoc fact checking. These include FactCheck, PolitiFact, and NewsTrust’s Truth Squad. They fact check the media as well as statements by politicians and other public figures.

In 2015, fact checking organisations formed a world network and this year, they observed the inaugural International Fact Checking Day.

Not coincidentally, the chosen date was April 2. (See details at: http://factcheckingday.com)

The initiative is a collaboration by fact checkers and journalism organisations from around the world, “with a goal to enlist the public in the fight against misinformation in all its forms.”

“International Fact Checking Day is not a single event but a rallying cry for more facts — and fact checking — in politics, journalism and everyday life,” says Alexios Mantzarlis, director of the International Fact-Checking Network at the Poynter Institute for Media Studies in the US.

One visual icon for the Fact-Checking Day is Pinocchio, the fictional puppet character whose nose grew long each time he uttered a lie.

We in Sri Lanka urgently need a professional, non-partisan fact checking service to save us from the alarming proliferation of Pinocchios in public life. Not just our politicians, but also many academics and activists who peddle outdated statistics, outlandish claims or outright conspiracy theories.

Take, for example, the recent claim by a retired professor of political science that 94 Members of Parliament had not even passed the GCE Ordinary Level exam. Apparently no one asked for his source at the press conference (maybe because it fed a preconceived notion). Later, when a (rare?) skeptical journalist checked with him, he said he’d “read it in a newspaper some time ago” — and couldn’t name the publication.

A simple Google search shows that an MP (Buddhika Pathirana) had cited this exact number in September 2014 – about the last Parliament!

Given the state of our media, which often takes down dictation rather than asks hard questions, fact checking is best done by a research group outside the media industry.

A useful model could be South Asia Check, an independent, non-partisan initiative by Panos South Asia anchored in Kathmandu. It “aims to promote accuracy and accountability in public debate” by examining statements and claims made by public figures in Nepal and occasionally, across South Asia (http://southasiacheck.org). 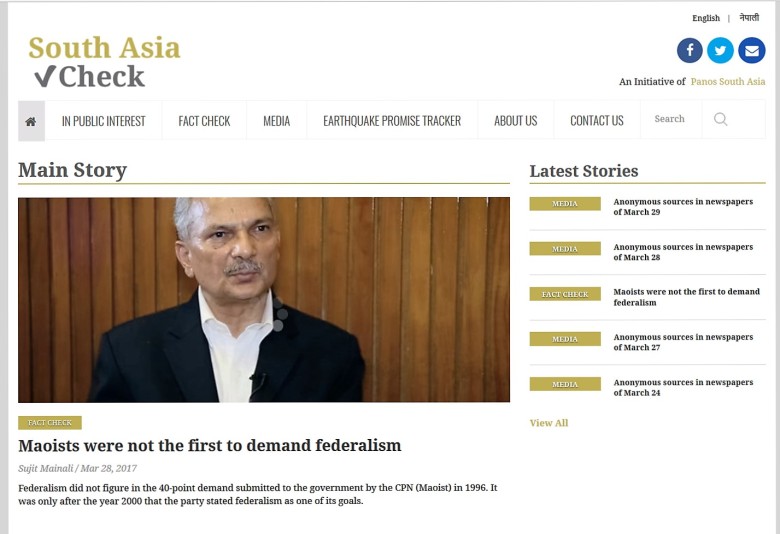 Nalaka Gunawardene is a science writer and independent media researcher. He is active on Twitter as @NalakaG