‘Eyes in the Sky’ need ethical and careful ‘pilots’ 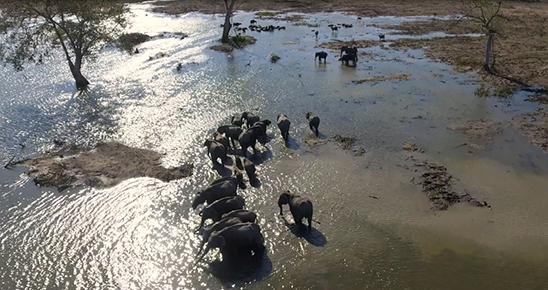 For some, drones conjure images of death and destruction – military applications have been their most widely reported application. But unmanned aerial vehicles or UAVs are increasingly being used for many peaceful purposes. That poses a host of ethical and legal challenges we must confront to get the best of this new technology while minimizing potential harms.

In the past few years, the cost of drones came down (an entry level unit sells for around LKR 35,000 in Colombo) as their versatility increased. This spurred many uses from newsgathering and post-disaster assessments to goods delivery and smart farming.

In Sri Lanka, surveyors, photographers, TV journalists and political parties were among the early civilian users of drones. They all grasped the value of the ‘bigger picture’ perspective such aerial photos or videos can provide. Until recently, accessing that vantage point was possible only through helicopters or fixed wing aircraft – a facility few could afford.

Having the bird’s eye view helps journalists and their audiences to make sense of complex situations like climate change impacts, conflicts over resources or political agitations. We certainly need more field-based and investigative reporting that goes beyond press releases and press conferences. Drones are fast joining the journalists’ toolkit — but what matters is their imaginative and responsible use.

Here, we have both good news and bad news. On the positive side, over two dozen journalists and photojournalists have been trained in drone-assisted journalism during 2016 by drone journalism enthusiast (and drone pilot) Sanjana Hattotuwa and journalist Amantha Perera. Some trainees have since done good stories with drone-gathered images. Examples include probing the drought’s impacts in the dry zone, rising garbage crisis in Kattankudy on the east coast, and taking a close look at land use patterns in Hambantota.

The downside is that some news organisations are deploying drones without due regard for public safety or existing codes of media ethics. A drone hovered over the Colombo general cemetery as slain editor Lasantha Wickremetunge’s body was exhumed in September 2016. That disregarded a family request for privacy.

The end never justifies the means in good journalism. If some media groups continue to operate drones in such reckless manner, they risk discrediting the new technology and attracting excessive regulations.

Drones or any other new technologies need to be anchored in the basic ethics of journalism. Each new tool would also bring along its own layer of ethics. Where drone use is concerned, respecting privacy and considering the safety of others is far more important than, say, when using a handheld camera.

In February 2016, the Civil Aviation Authority of Sri Lanka (CAASL) published regulations for drone operation which apply to all users including journalists. This has been updated in January 2017. The Information Department, in a recent release, says it is working with CAASL to simplify these rules and streamline approval processes. That is a welcome move.

For now, Lankan journalists can follow the Code of Ethics for Drone Journalists already formulated by practitioners and researchers in the United States. It is available at: http://www.dronejournalism.org/code-of-ethics/

Nalaka Gunawardene is a columnist and independent media researcher. He tweets from @NalakaG