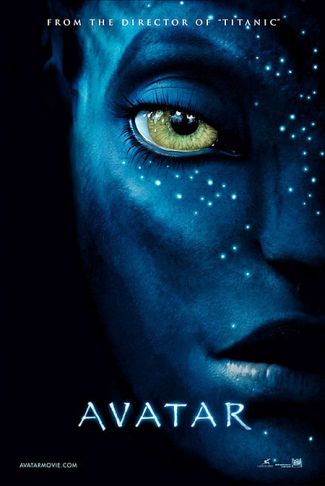 “Pictures are for entertainment, messages should be delivered by Western Union.”

Those words by American film producer and studio founder Sam Goldwyn (1879-1974) sum up Hollywood’s attitude to movie-making for the past many decades.

As I watched James Cameron’s latest blockbuster movie Avatar, I kept wondering how the master film maker managed to subvert this so completely. Beneath the 3D, special effects and riot of other worldly colours, the movie is one long (2 hrs 40 mins) and powerful commentary on why might is not right when it comes to exploiting resources — belonging to other countries, people, or as in this case, other worlds.

This is not just another worthy indie movie made by an idealistic movie maker defiant of Hollywood traditions and big money. James Cameron is one of the most commercially successful directors in the mainstream film industry – and perhaps one of the very few who can get away with this kind of stunt. At a budget of over US$ 300 million , Avatar is one of the most expensive films ever made, and the costliest ever for 20th Century Fox.

The big gamble is certainly paying off. On 26 January 2010 came the news that Avatar has surpassed Titanic as the highest-grossing movie worldwide. According to the studio, worldwide box office total for Avatar at that point stood at US$1.859 billion, beating the US$1.843 billion racked up by Cameron’s romantic drama in 1997-98. Avatar broke that record in a little over six weeks.

Part of the reason for such appeal is the extraordinary special effects: it’s an action-packed thriller where good and evil battle it out on another planet. The strange landscapes give it a video game like feel, but no small screen can match the theatrical experience, especially if you watch it in IMAX 3D (I didn’t). And for a change, this time the aliens inhabiting planet Pandora are benign, while it’s the humans who are ruthless invaders and brutal killers. Well, at least most of the time…

Here’s the official blurb: “Avatar takes us to a spectacular world beyond imagination, where a reluctant hero embarks on an epic adventure, ultimately fighting to save the alien world he has learned to call home. James Cameron, the Oscar-winning director of Titanic, first conceived the film 15 years ago, when the means to realize his vision did not exist yet. Now, after four years of production, AVATAR, a live action film with a new generation of special effects, delivers a fully immersive cinematic experience of a new kind, where the revolutionary technology invented to make the film disappears into the emotion of the characters and the sweep of the story.”

Film critics and social commentators around the world have noticed the many layers of allegory in the film. Interestingly, depending on where you come from, the movie’s underlying ‘message’ can be different: anti-war, pro-environment, anti-Big Oil, anti-mining, pro-indigenous people, and finally, anti-colonial or anti-American. Or All of the Above…

It looks as if Cameron has made the ultimate DIY allegory movie: he gives us the template into which any one of us can add our favourite injustice or underdog tale — and stir well. Then sit back and enjoy while good triumphs over evil, and the military-industrial complex is beaten by ten-foot-tall, blue-skinned natives brandishing little more than bows and arrows (and with a little help from Ma Nature). If only it works that way in real life…

But the multi-purpose allegory is apparently working well. Take these two from opposite sides of the planet:

Thomas Eddlem wrote in The New American: “Avatar, is a visually stunning epic that is a perfect allegory for any of a dozen or more Indian wars in American history. From King Philip’s War in New England to Tippecanoe in Indiana to Horseshoe Bend in Alabama — and all the way across the American continent, for that matter — the story was the same. Colonists simply take land from the natives, as the Sully explains: ‘This is how it’s done. When people are sitting on something that you want, you make them your enemy so that you can drive them out.’

Mayank Shekhar wrote in The Hindustan Times newspaper: “Between a green worldview and the globe’s war over a natural resource, James Cameron’s twin analogies of present-day politics are fairly complete. They lend his science fiction ‘event picture’ a certain soul, even if not much of a story line.”

So did Cameron set out trying to send a message? Or was it all an incidental byproduct? Listen to the director himself in these two online video stories:

CBS Interview with James Cameron: From Titanic to Avatar

The most compelling social commentary on Avatar I have so far read comes from Naomi Wolf, the American political activist, author and social critic. In an op ed essay written for Project Syndicate, she sees two revealing themes in Avatar: “the raw, guilty template of the American unconscious in the context of the ‘war on terror’ and late-stage corporate imperialism, and a critical portrayal of America – for the first time ever in a Hollywood blockbuster – from the point of view of the rest of the world.”

She adds: “In the Hollywood tradition, of course, the American hero fighting an indigenous enemy is innocent and moral, a reluctant warrior bringing democracy, or at least justice, to feral savages. In Avatar , the core themes highlight everything that has gone wrong with Americans’ view of themselves in relation to their country’s foreign policy.”

Does the box office triumph of Avatar make James Cameron one of the most effective campaigners for social justice on the planet (comparable, in some ways, to Michael Jackson having been one of the biggest environmental communicators of his time)?

And is Avatar the most expensive piece of info-tainment or edu-tainment ever made, just like the Lord of the Rings trilogy was one long (even if unintended) commercial for the breathtaking sights and sounds of New Zealand?

Certainly, mixing messages with entertainment is such a difficult and delicate art that most people who dabble in it fall between the two stools. The entertainment value of Cameron’s latest flick is not in question. Granted, it’s not as heart-breaking as Titanic, and the storyline is oh-so-predictable. But 3D and SFX magic alone can’t hold today’s audiences gripped for 160 long minutes. And if the underlying story starts movie-goers thinking and talking about many parallels between the fictional world of Pandora and our own Earth, he’s certainly getting somewhere.

As Naomi Wolf says: “Ironically, Avatar will probably do more to exhume Americans’ suppressed knowledge about the shallowness of their national mythology in the face of their oppressive presence in the rest of the world than any amount of editorializing, college courses, or even protest from outside America’s borders. But I am not complaining about this. Hollywood is that powerful. But, in the case of Avatar , the power of American filmmaking has for once been directed toward American self-knowledge rather than American escapism.”

Perhaps this wasn’t part of the script, but would the executives at 20th Century Fox care as they laugh all the way to their bank?