Chandani: Riding a Jumbo Where No Woman Has Gone Before… 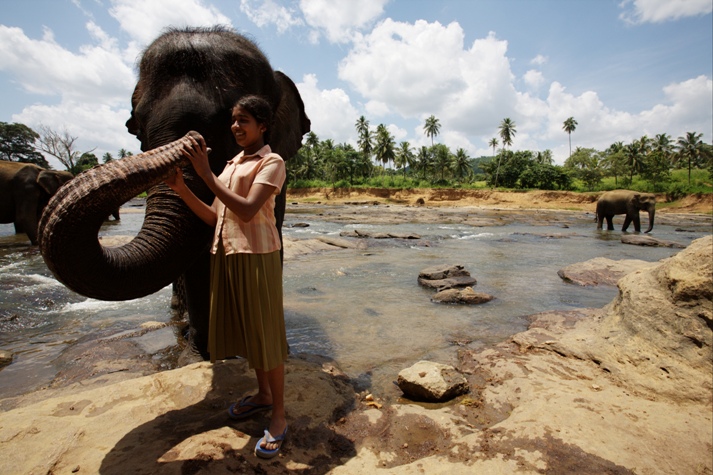 Chandani Ratnayake with Kandula: She wants to become Sri Lanka's ambassador to elephants...

This film review has just appeared in The Nation newspaper, Sri Lanka, and can be accessed online at http://www.nation.lk/2011/10/16/eyefea6.htm

Years ago, I resolved not to watch any more documentaries about elephants – I have sat through far more than my fair share of them at film festivals across Asia and Europe. I have nothing against elephants; it’s just that most films about them are so predictably formulaic. Sooner or later, they all suggest: we greedy humans have robbed these giants of their jungles, and are now driving them to extinction.

While that is undeniable, the ground reality is a bit more nuanced. But few filmmakers or film commissioners want to go there. In any case, even the most balanced conservation film would still be trapped in an anthropocentric view of the human-elephant relationship: how differently might an elephant tell the same story?

Given these misgivings, I was pleasantly surprised by Arne Birkenstock’s new film, Chandani: The Daughter of the Elephant Whisperer (88 mins, 2010). He proves that it is always possible to find a refreshingly new way of telling a very old story.

The German film, shot entirely on location in Sri Lanka, centres around a young girl who loves elephants so much that she wants to spend the rest of her life tending to them. Sixteen-year-old Chandani Renuka Ratnayake is the eldest daughter Sumanabanda, the chief mahout at the elephant orphanage in Pinnawela. They hail from a family that has tamed and looked after elephants for generations. Lacking a son, he agrees to let Chandani train as a mahout.

There is only one small problem: Chandani is going where no Lankan woman has gone before. Other mahouts and the community doubt whether the eager young lass can rise to the many challenges involved in this hitherto male-only profession.

Sumanabanda brings home an elephant calf named Kandula, and assigns it to Chandani. Under the watchful eye of her father, Chandani does all the feeding, bathing and other chores. She has to divide her time between school and her boisterous charge. Soon, the two young ones bond with each other. 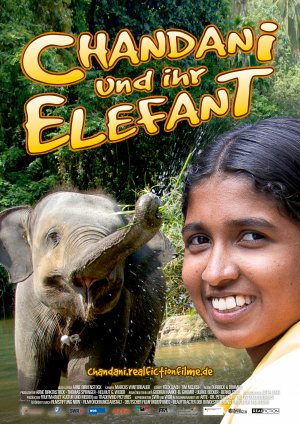 She also receives guidance from a wildlife ranger named Mohammed Raheem. He takes her to the Udawalawe National Park, an important habitat for wild elephants. There, she gets glimpses of the daily skirmish between wild elephants and humans for the land claimed by both species.

Exploring the relationship between children and elephants is a recurrent theme for filmmakers across cultures and genres. An early example was Elephant Boy (1937), a British adventure film directed by documentary filmmaker Robert J. Flaherty and Zoltan Korda, based on Rudyard Kipling’s “Toomai, of the Elephants”. A few years ago I watched the Japanese film Hoshi ni natta shonen — with a goofy English name, Shining Boy and Little Randy — directed by Shunsaku Kawake in 2005. It was the bittersweet story of a young boy who goes to Thailand to become Japan’s first elephant trainer.

The child character is usually male, possibly influenced by Mowgli of Jungle Book fame. But here, Chandani is playing herself: she has grown up watching the complexities of ex-situ conservation of the largest land mammal.

The elephant orphanage, set up on a 10-hectare coconut estate in 1975 to look after young elephants whose mothers have been killed — often in violent confrontations with villagers — is now home to nearly a hundred elephants. A captive breeding programme, introduced in 1982, has resulted in several live births.

Pinnawela continues a long tradition — going back to over 3,000 years — where elephants are captured, tamed and trained in Sri Lanka. Jayantha Jayewardene, an expert on Asian elephants, says the elephant, although tamed and trained, is not quite a domesticated animal in the same sense that dogs are.

As he explains in his book, The Elephant in Sri Lanka: “It (the elephant) is an immensely powerful animal whose strength and wild nature calls for caution in handling it, especially during capture and the initial training stages. Later on, using less than a dozen words of command, the handler, called a mahout, is able to exercise control over this powerful animal. In most instances, the elephant and mahout develop a strong and lasting bond.”

After months of training, Chandani faces her moment of truth. She has to accompany Kandula in the local perahera, the procession that tours the streets with decoratively dressed elephants as star attractions. Peraheras are noisy, crowded and sometimes chaotic affairs: participating elephants and mahouts need focus and coordination.

The young girl and elephant prove their mettle. If Chandani’s family and peers are impressed by that public performance, the indifferent state is not. Sumanabanda is belatedly informed that he is not legally allowed to raise an elephant at home (even if he paid ‘good money’ for the creature). Eventually, he and his daughter agree that it is best for Kandula to return to the jungle. Their emotional attachment is strong by now, making separation painful. As Chandani watches Kandula being taken away, she reflects on her chosen future…

The film is labeled as a documentary, but there is considerable movement, tension and other emotions that lend it a dramatic quality. Evidently, many sequences have been scripted. We don’t know how much time and effort that entailed. It probably helped that Chandani and Sumanabanda seem ease-going people. The director has managed to get even the (usually stiff) government officials to relax for the camera.

By staying tightly focused on his characters, Birkenstock avoids a common pitfall in many elephant films that either eulogise pachyderms or editorialise too heavily about their predicament. He blends striking images with an evocative soundtrack to tell a compelling story that is informed by real world issues — but not deep immersed in them.

This mix is welcome indeed. In 2000, when I served on the global jury of Wildscreen, the world’s leading wildlife and natural history film festival in Bristol, UK, we told filmmakers that simply documenting animal and plant behaviour and their habitats was no longer adequate in a world facing a multitude of environmental crises. There was an urgent need, our jury statement said, for films that explored the nexus between the natural environment and human society — both the conflict and harmony between the two.

Chandani and Kandula the elephant

Forming the backdrop to Chandani are the tough choices confronting biodiversity conservation in Sri Lanka. The wildlife ranger Mohammed, in particular, brings in both specialised knowledge and official perspective — mercifully without any activist shrill. Hard core environmentalists might not find this film ‘green enough’. For mass audiences worldwide, however, it conveys a very important message: how some ordinary Lankans are doing their bit for inter-species harmony against many odds.

That is no small accomplishment on our crowded island which has the world’s highest density of wild Asian Elephants. The first-ever nationwide elephant census in August 2011 produced a total of 7,379 jumbos across the island: 5,879 of them were spotted near parks and sanctuaries, while another 1,500 were estimated to be living in other areas. Some environmentalists were unhappy with the methodology and questioned its results. But even imperfect data can inspire more systematic conservation measures.

Sooner or later, we have to answer the hard question: how many wild elephants can the island’s remaining forests realistically sustain? This has already sparked off heated arguments. In the long-term, the survival of the Lankan Elephant might be assured only though captive breeding.

Meanwhile, every year, a few dozen elephants and humans perish in increasingly violent encounters over land and food. As we search for lasting solutions, we need more Chandanis, Mohammeds and Sumanabandas to show us the way.

Science writer Nalaka Gunawardene is far more interested in wild-life in urban jungles than wildlife in natural ones.